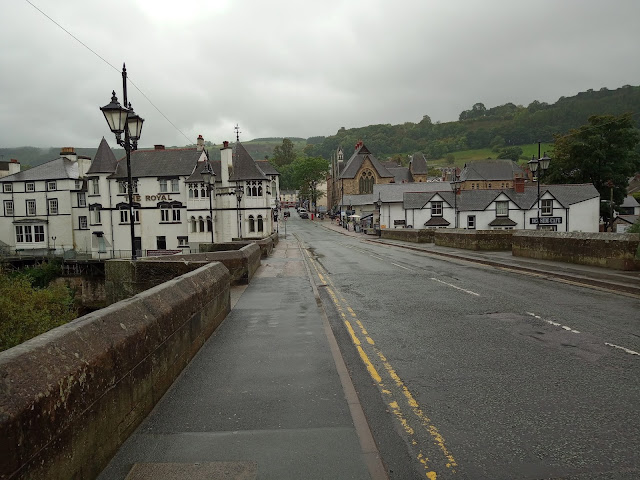 Llangollen Town Council last night passed a notice of motion from new councillor Stuart Davies seeking support for his plan for an environmental weight restriction on the town bridge.

In his speech he claimed residents of the town were supportive of the measure and had been asking the question about it for many years.

He said: "From a structural perspective, in 2017 a report was presented to the local members by the Denbighshire County Council bridges engineer identifying issues to a varying degree with the Llangollen Town Bridge and the Kings Bridge at Berwyn.

"Subsequently in 2018, a weight limit of 18 Tonnes was imposed on Kings Bridge whilst Llangollen Railway were requested to cease using the Town Bridge for movement and handling of heavy rolling stock.

"Politically the landscape is changing. In written and verbal communications, I raised the possibility of an EWR on the Town Bridge with Ken Skates on February 18 this year.

"In our discussions it was agreed there was an issue that could be investigated locally at county level and at the Welsh Government level. Simon Baynes, the MP for Clwyd South, has publicly offered his support to the initiative."

He added: "These weight limits prevent large vehicles from using inappropriate roads, routes, and areas to prevent damage to buildings, roads, and bridges; preserve the character, amenity, and environment of an area; reduce and manage congestion on the roads; and reduce danger to pedestrians and other road users.

"Viable technology now exists for an Environmental Weight Restriction EWR to be policed/managed through Automatic Number Plate Recognition Technology (ANPR). There is documented evidence of  existing schemes in operation on bridges with EWR’s in force in several counties in the UK."

He gave examples of other areas where weight restrictions were being enforced by cameras including Oxfordshire and Maidenhead and Windsor.

After the meeting Cllr Davies said he would now be looking further into the technicalities of implementing an environmental weight restriction in Llangollen.