Industry boss accuses county of "insult" to its care staff 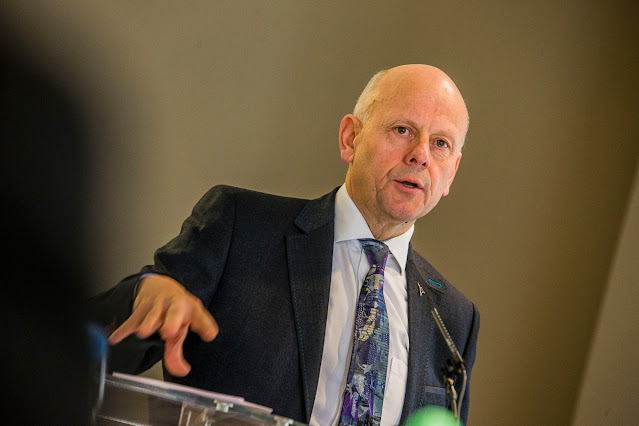 A council has been accused of adding “insult to injury” by paying its own staff up to £2,200 more a year than they are willing to shell out for carers doing the exactly the same job in privately-run care homes.

To make matters worse the council had suggested that they had worked with Care Forum Wales to agree the new rates.

According to Mario Kreft MBE, the chair of Care Forum Wales, nothing could be further from the truth.

In fact, he said, Denbighshire County Council were being “totally disingenuous” because they had ignored their requests to pay staff at least the real living wage.

The new rates announced by Denbighshire were a kick in the teeth to the army of courageous care workers who had put their own lives on the line to protect vulnerable residents during the pandemic.

In Wales, pay rates for carers are effectively determined by local councils who set the level of fees care homes and domiciliary care companies receive.

Denbighshire, along with many other authorities and health boards, use a formula which calculates how much they want to allocate towards all care home costs, including what staff are paid.

As a result, say Care Forum Wales, wage levels have been unfairly suppressed by the local authorities who have managed the budgets for 25 years.

In contrast carers working in council-owned homes in Denbighshire are paid considerably more.

The formula means that private care homes have been only allocated enough money to pay half their staff £8.72 an hour, going up to £8.91 next year, while the other half are on a slightly higher rate of £10.21.

In a recent job advert, Denbighshire were offering £9.62 an hour for a Day Care Assistant at the Cysgod y Gaer Home in Corwen and £10.01 an hour for  Care and Support Assistant at the Llys Awelon Home in Ruthin,  Gorwel Newydd in Rhyl and Nant y Môr in Prestatyn, without any experience being needed.

That means that the council’s care staff receive between £1,476 and £2,288 a year more than their counterparts in the private sector for a 40-hour week.

Last year Denbighshire County Council was named and shamed as one of the “meanest”  local authorities in Wales when it comes to paying care home fees.

An investigation by Care Forum Wales revealed they were in the bottom 10 of the “league table of shame”.

It prompted the organisation to launch a campaign to ensure qualified staff who work in care homes and domiciliary care in Wales are paid a minimum of £20,000 a year.

According to Care Forum Wales, the valiant response of care workers in saving lives during the coronavirus pandemic had highlighted their true value and it was high time it was recognised by the authorities who commissioned publicly-funded social care.

It was, said Mr Kreft, a “national disgrace” that the 2020 Fair Pay campaign was necessary and it was “bitterly disappointing” that Denbighshire County Council had chosen to ignore it.

The evidence on fees had also highlighted a clear North-South divide.

Mr Kreft said: “Five of the bottom 10 payers in Wales are North Wales councils whilst the highest rates are to be found in South East Wales.

“To illustrate the point care homes in somewhere like Dinas Powys receive £7,392 a year per resident than a home in Denbigh – for a home with 40 residents that’s a massive £295,000 a year. Why are residents in Llandaff worth more than people in Llangollen? It’s just not fair.

“Whilst we accept that local government is under pressure, the sector would be in dire trouble without the Welsh Government’s hardship fund.

“The new rates in Denbighshire do not recognise the extra costs piled on the social care sector as a result of the pandemic.

“To add insult to injury they’re saying they’ve worked with providers and Care Forum Wales in developing the fees.

“Nothing could be further from the truth. We were asked for our views, but they have taken no notice whatsoever of the fact that the workforce is under pressure.

“We totally reject the suggestion that there has been some kind of agreement on the fees.

“What we’re calling for is that they adjust their formula so that staff in the private sector can be paid at the same rate as the council’s own staff.

“Unfortunately, they totally ignored our requests to pay staff at least the real living wage.

“Denbighshire should follow the example of neighbouring Powys County Council which has responded in a positive way after it was highlighted last year that they were the worst paying council in Wales.

“In Powys, the council’s Cabinet has agreed that the fees paid to independent residential homes should increase by £110 to £120 per person a week, depending on the type of care residents receive.
“As Powys has shown, this is about political priorities. They are political decisions not budgetary ones.

“This is an unforgiveable insult to all the heroic people who have been on the front line throughout the coronavirus. It’s nothing less than shocking.

“At the same time, care providers are facing a double whammy of soaring costs and falling income. Everything has gone up in price with 50 per cent increases in insurance not uncommon, for less protection and no cover for Covid-related claims.

“Instead of clapping for carers Denbighshire County Council are slapping them in the face  condemning them to live on low wages which is an absolute scandal.

“They should be treated as national treasures for showing tremendous courage as well as skill and dedication in the face of this frightening  disease during a global pandemic.

“And then to add insult to injury they pay their own employees working in care homes at a much higher rate. They deserve so much more.

“We cannot just stand by and accept that a local authority with a budget of hundreds of millions of pounds and a statutory responsibility for social care can apply dual standards – for those who work for the council and those who don’t.

“When we published our Cheapskate Awards last year, Denbighshire were very unhappy but I make no apology for bringing this important issue, this injustice, to the attention of the public when others would seek to hide it.

“Quite frankly the public need to know and councils need to stop blaming providers for poor terms and conditions when they themselves set the financial rules. It’s sheer, unashamed hypocrisy.”

"Denbighshire County Council appreciates the work of independent sector care home providers and their staff and this has been heightened by their work undertaken throughout the pandemic.

"The Council takes a number of factors into account in determining what it pays providers, including the need to keep other essential services operating effectively, while taking account of the financial settlement from Welsh Government and the level of Council Tax.

"Every year a Regional Fees Group, which includes a representative from Care Forum Wales, reviews the fee setting methodology, taking account of inflation and other increases in costs.

"It is then up to each individual Local Authority, as well as the Local Health Board, to consider the results in setting their fees.

"Denbighshire provided an above-inflation fee increase for 2021/22 that ranges from 3.52% to 3.75% depending on the type of care home.  This is in line with Local Authorities across North Wales, although actual fees vary according to demand and complexity of need.

"Denbighshire is committed to exploring how to implement the Real Living Wage for all of its employees and has agreed to match 2019’s figure of a minimum of £9.30 per hour this year. However, there is currently no provision in the budget to take this further in the current climate.”