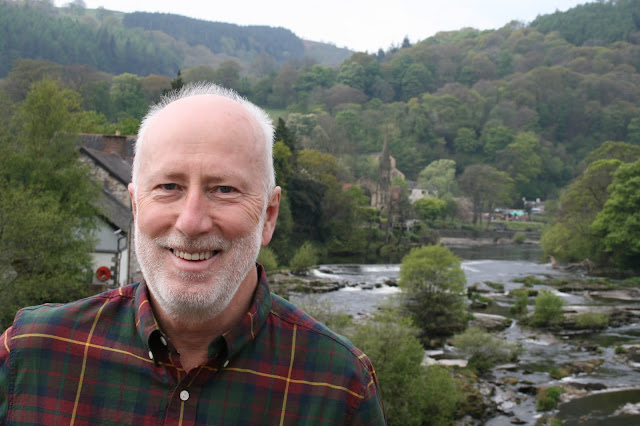 One of the town’s two county councillors has responded to a call by a town councillor and the area’s MP to impose a weight restriction on Llangollen’s historic bridge.

As llanblogger reported just a few hours ago, Clwyd South MP Simon Baynes has backed a suggestion by new town councillor Stuart Davies to place a restriction on the structure, which dates from the 16th century, to protect it from damage by heavy traffic.

Concerns have previously been raised by Cllr Davies about Heavy Goods Vehicles (HGVs) coming from the A539 in Ruabon, crossing the bridge and going through the town to join the A5.

He has put forward a motion that Llangollen Town Council calls upon the Welsh Government and Denbighshire County Council to implement an Environmental Weight Restriction on it.

But the proposed move has brought a rapid reaction from Llangollen county councillor Graham Timms.

He says in a statement just received by llanblogger: “A weight limit on the bridge would be great, but these simple ideas are not quite as easy to implement.

“Impossibly simplistic solutions are popular and get a quick headline but a more thoughtful solution to the town's problems must be taken.

“In practice, a weight limit would mean an 18 mile stretch of river without a crossing for heavy goods vehicles.

“This is something that would not be allowed unless the bridge was unsafe. Environmental limits are not granted where an 18 mile journey is required to get across the river. We've been told for many years that it can't happen.

“A much more complex, but realistic solution will be implemented over next winter to achieve a reduction in the number of heavy goods vehicles on the bridge.”

Posted by llanblogger at 2:49 PM