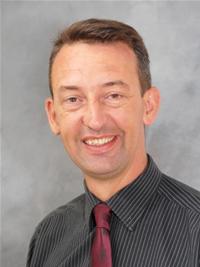 A Flintshire county councillor, he says: "Having, lived, studied and worked in North Wales my whole life, I have a deep understanding of the challenges we all currently face in our communities.

"There are some who I listen to saying that they feel left behind and their voices aren’t getting heard. I hear you and I want to make a positive difference in people’s lives. I want to be your voice and the bridge linking North Wales Police to our communities.

"As a proactive county councillor for many years, and with the last six years being Armed Forces Champion,  I have used my vast experience to lead - and achieve - the Gold award of Governments’ Defence Employer Recognition Scheme (ERS) throughout a period of significant cuts and changes.

"Despite the many challenges, and by working closely with many Chief Officers and their teams, I have built a strong network across many public services.

"I work constructively with others across the six Local Authorities of North Wales along with third sector and other voluntary/community groups. I have delivered in making our Armed Forces community of North Wales as an inspiration for others to follow.  This is also widely recognised as I’m elected as North Wales Armed Forces Strategic Group Vice-chair.

"Whilst employed previously as a Social Innovation Outreach Worker, I was involved in developing and sustaining positive relationships with a wide range of local people including community leaders, council officers, local groups and third sector organisations.  I pride myself on engagement, listening and strategising. This has played a huge part in my successes to date.

"My deeply-embedded partnership approach has always paid dividends for all parts of our community so that we all benefit.  I have solid knowledge and experience within Local Government, third sector and other public services – vital attributes needed as a Police Crime Commissioner. I am also an ambassador for the White Ribbon campaign.

"I have five pledges which are outlined below:

1. To champion local neighbourhood policing - giving communities a real say in policing for their areas and increasing Police visibility. We all want to feel safe and secure.

2. To adopt a ‘victim first’ approach to policing, putting victims of crime first and ensure that their rights are protected.

4. Ensure North Wales Police is fully equipped to deal with the future of online threats, working with colleagues across Wales.

5. Ensuring a value for money in police budgets, and prioritising local policing teams. It is public money for public services." 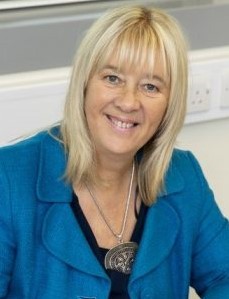 Born in Wrexham, she spent her formative years in Barmouth.

She trained as a mental health social worker and for 40 years has progressed her professional career to senior management, always focused on protecting the most vulnerable adults and children across north Wales.

For over 10 years she was a Ministry of Justice Public Appointee working for the Court of Protection.

She has lived on Anglesey since 1984 where she raised her family.

She served as county councillor, taking on challenging portfolios, Adult and Children Services and Planning and Chair of the Planning Committee.

Ms Griffith says she honed her chairing and scrutiny skills which equipped her for the role as Deputy Police and Crime Commissioner for north Wales.

If elected, she says she will consult widely with diverse communities to understand their crime concerns, on which her policing plan will be based.

She adds that she will use her leadership skills to ensure good governance, essential to deliver an effective and efficient police service, and hold the Chief Constable to account.

She promises to be innovative in preventing and reducing crime and work in collaboration with other key agencies to put victims at the heart of the criminal justice system.