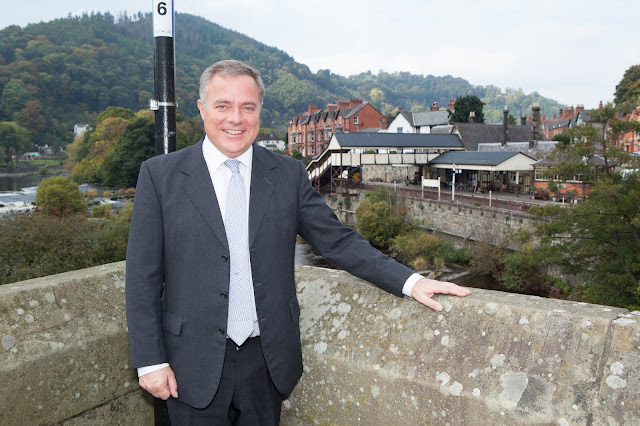 Llangollen town councillor Stuart Davies is calling for the bridge to be given greater protection from heavy traffic and to alleviate pollution.

The bridge dates from the 16th Century and is a Grade I listed ancient monument and one of the Seven Wonders of Wales.

Concerns have previously been raised by Cllr Davies about Heavy Goods Vehicles (HGVs) coming from the A539 in Ruabon, crossing the bridge and going through the town to join the A5.

He said: "I welcome Simon’s support and will be putting forward a motion that Llangollen Town Council calling upon the Welsh Government and Denbighshire County Council to implement an Environmental Weight Restriction to reduce heavy traffic transiting through Llangollen and protect this 16th Century Grade I listed building, ancient monument and one of the Seven Wonders of Wales.”

Simon Baynes MP said: “Llangollen Bridge is one of the jewels in the crown of Llangollen. And I think we should be doing everything we can now to minimise the risk of damage and preserve the bridge for future generations of residents and visitors to enjoy.

"That’s why I’m backing calls for a weight restriction and supporting Cllr Stuart Davies in his campaign.”