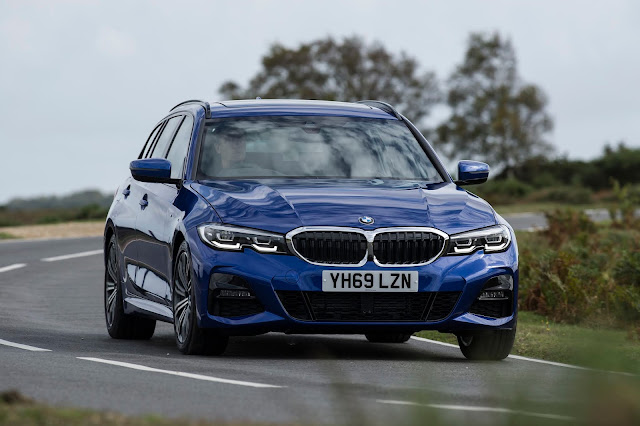 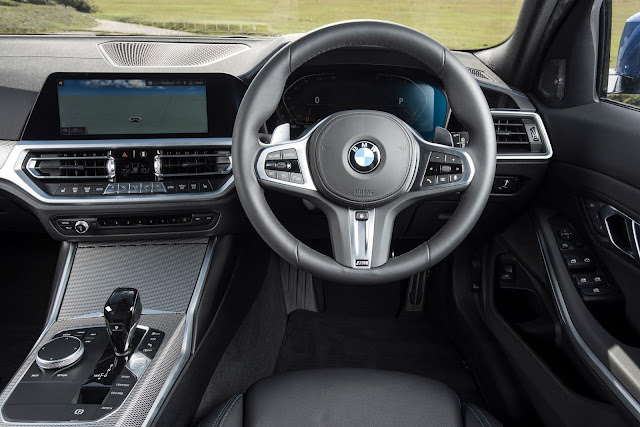 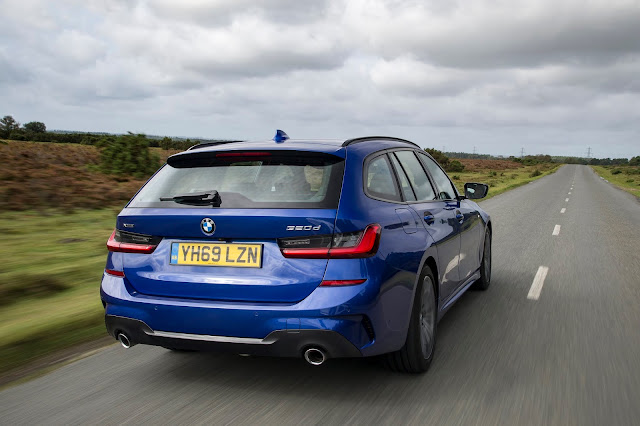 With the best will in the world economy and an M Sport BMW don't go hand in hand so why am I going to tell you about the German speed machine that gave me almost 60mpg?

No prizes for guessing that an electric motor has a lot to do with it. We are moving swiftly into a new motoring era and like all around BMW is doing its best to keep up, in this case building the first 3 Series plug-in hybrid mating a 68hp electric motor to a 2-litre petrol engine.

It means the car can be driven under purely electric power for up to 30 miles so if you were to take a 50 mile drive the hybrid could reach the official economy figure of 128mpg.

Back to reality, my journey was a 200 mile round trip to the Midlands (work, of course) when I used up my electric quota and, according to the dashboard computer, managed 58.4mpg, not at all bad considering there was a lot of motorway cruising between 60 and 70mph.

Clearly the best way to get maximum economy is to keep the battery charged which takes around three and a half hours from a wall mounted charging box, or six hours plugged into a domestic socket. A word of caution. Put pedal to the metal in electric mode and the charge will be used up before you know it.

Given the M Sport's mouth watering performance, it has an extra 40hp for 10 seconds when you really need it, and superlative handling, it begs the question who benefits from buying an M Sport hybrid? The only answer I can come up with is the company car runner because the low emissions slash the annual tax bill.

Let's forget about the economy and assess if the new 3 Series Touring is a worthy buy. The sixth generation came out last year, probably unnoticed in the Covid catastrophe, but there are some points worth noting.

The new model has grown all round, most noticeably an extra 76mm in length adding a little more rear seat legroom, and extra boot space with a wider opening to help with loading larger items. Best of all the tailgate window opens so shopping bags can be quickly dropped in if space around the back is tight.

Not that it is anywhere near the league leaders (Skoda Superb, Volkswagen Passat) in fact the boot is only a tad bigger than a smaller Skoda Octavia, and the hybrid loses some space because of the battery pack stowed under the floor.

I keep coming back to the question: Who buys a 3 Series Touring for its space? Probably someone with a 3 Series saloon. And that person will be more than happy because it is in a class of its own when it comes to handling, says someone who is a huge fan of the Jaguar XE and Audi A4.

The all wheel drive M Sport gets stiffer suspension so don't expect a magic carpet ride, but it still does a damn fine job. You will hear the thud of a pothole but won't feel much because the shock is dissipated before it reaches the seat of your pants.

Driving position is spot on and the new seats have plenty of support keeping you planted while swishing through bends.

The dashboard has been reworked with state of the art graphics in a superbly crisp 12.3inch  digital driver's binnacle, a much larger head up display, and an equally sharp and easy to use screen in the centre console. This is touch screen although, thankfully, BMW has retained the rotary controller by the gear lever which is a safer and easier way of selecting the multitude of functions.

Voice control worked well too, but I would need more time to get my head around gesture control which was baffling.

No matter how impressive are the high tech communication and safety systems, of which there are a great many, the single most enjoyable feature of a 3 Series is getting behind the wheel and driving. Whether it is the exhilarating feeling gliding through bends or playing with the steering wheel mounted shifting panels for the 8 speed auto box, this is driving heaven.

Beemers aren't cheap but there is a reason for that - engineering excellence. The Touring starts at £35,505 but if you are prepared to spend bigger bucks then the plug-in hybrid becomes a no brainer given the combination of performance and the impressive economy.

Footnote: I agree with everyone who thinks BMW has spoilt the front of their cars by joining the famous kidney grilles together. Big mistake!

Posted by llanblogger at 6:44 AM