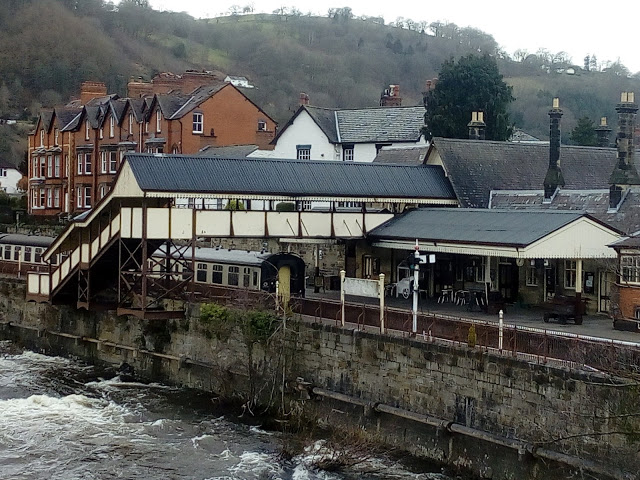 Llangollen’s two county councillors have spoken of their sadness at the financial crisis which the town’s heritage railway is currently going through.

And Graham Timms and Melvyn Mike reveal they have asked county council officers to give what help they can to the safeguard its future.

As revealed by llanblogger earlier this week, the board of Llangollen Railway PLC asked its bank to call in receivers after it plunged into insolvency to the tune of about £350,000 and could not legally continue trading.

Both the area’s MP, Simon Baynes, and Senedd Member, Ken Skates, have expressed their sympathy and support for the railway.

Now the two county councillors say in a joint statement issued yesterday evening: “It is with sadness that we heard about the serious financial difficulties of the Llangollen Steam Railway.

“It has been the ‘beating heart’ of our town and a vital part of the local economy over many years. It is an iconic image in our part of the Dee valley.

“We have written to Denbighshire County Council urging them to give whatever help they can to support the railway to ensure its long term future.

“Officers have assured us that they understand the huge value that the railway brings to the area and that they are fully committed to make a genuine effort to follow all appropriate avenues to support it through this difficult time."

Although no further statement has been issued by the board, it is understood receivers have already vissited the railway and that their crucial report on its financial situation will be available early next week when the board is expected to put out a press release.

Meanwhile, a concerned local resident has contacted well-known music mogul and railway enthusiast Rick Wakeman to get his reaction to the problems facing Llangollen.

Mr Wakeman replied to the resident’s email: “Very sad to read this. I haven’t actually visited the railway but certainly know of it.

Posted by llanblogger at 6:54 AM