"Great shame" not all hospitality will open, says industry leader 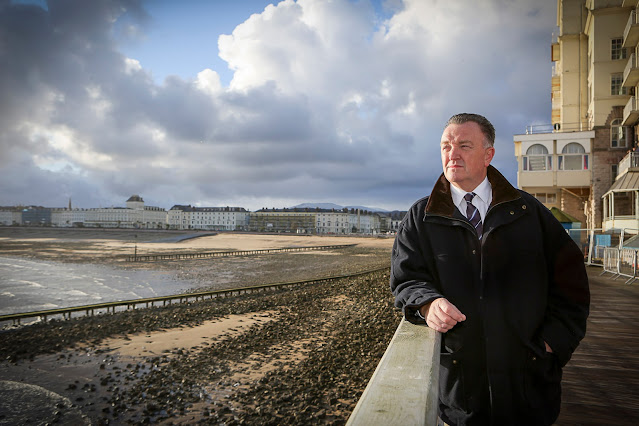 A tourism leader in North Wales says it’s a “great shame” that attractions and most of the hospitality industry won’t be open for Easter.

Jim Jones, the chief executive of North Wales Tourism, said that their was a real sense of frustration in businesses that had been battered as a result of the pandemic.

He accused the Welsh Government of failing to listen to the sector’s pleas for a proper roadmap to navigate the return to something near normality.

First Minister Mark Drakeford has revealed the “stay-local" rules will lift in Wales from tomorrow (Saturday) and unrestricted travel within its borders will be allowed.

It means Wales will be the first UK nation to scrap travel restrictions within country boundaries since lockdowns were re-imposed in winter.

Self-contained tourist accommodation - including many hotels and cottages - will also be able to open then.

But non-essential travel to and from other UK nations will be banned for at least two weeks.

Mr Jones said: “It’s excellent news that slowly we are on the right track as we slowly start to open up the sector across Wales but it's a great shame that many of our attractions and hospitality won't be open for Easter.

“There is still a real and palpable sense of frustration in the sector, as it feels that the Welsh Government haven't been listening to the mood on the ground. If they had, then we would have a plan to take us forward post April.

“It is very difficult to understand why they won't map this out, especially as the other three home nations have now done so.

“Maybe it's a matter of pride on the First Minister’s behalf that he wants to stick to his agenda of not budging on his opinion, even though the evidence and feedback tell him otherwise.  I really don't know.

“But he needs to realise that when running a business, people need time to plan. They now have very little resource, which makes things a lot harder.

“We at North Wales Tourism, on behalf of the sector, have consistently offered advice and guidance to Welsh Government throughout this whole pandemic. But it appears to be of no avail.

“However, we know dates will eventually be forthcoming, based on the success of the vaccine roll out and reduction in cases.

“In the meantime, more targeted financial support is still needed for the sector to help with recovery. Be under no illusion, this is still going to be a very tough and bumpy ride for many businesses going forward.”

Posted by llanblogger at 7:23 AM