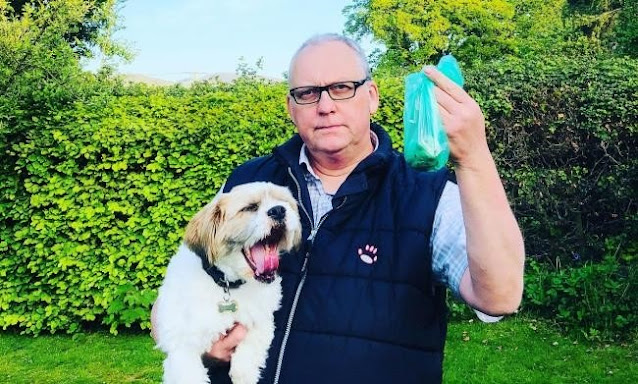 * Bag it and take it home: that's the message from Cllr Mark Young.

Denbighshire County Council is consulting on a draft Public Space Protection Order (PSPO) to make people properly control their dogs in public areas in the county.

A PSPO allows the council to take action against pet owners who allow a dog to foul in an area of public land without cleaning it up and those letting a dog off a lead anywhere this is not allowed.

In 2017 the council introduced a Control of Dogs PSPO to help to tackle these issues and when producing a new PSPO, we have a legal duty to ensure members of the public, as well as partner organisations such as North Wales Police and Natural Resources Wales, have an opportunity to give feedback.

Cllr Mark Young, the council’s Lead Member for Planning, Public Protection and Safer Communities, said: “The vast majority of dog owners are respectful of others and clean up after their pets.

"However, we receive a number of complaints about anti-social behaviour from dog owners who don’t control their dogs properly in public places. This PSPO will allow us to take action against those who behave irresponsibly with their pets.

“I would encourage as many people as possible to have their say on the draft PSPO before the deadline on April 18 and take part in the consultation process.”

* You can read the draft PSPO document, view maps of the proposed restricted areas, and provide feedback at https://countyconversation.denbighshire.gov.uk/project/573 or in writing to PO Box 62, Ruthin, LL15 1AZ.

Posted by llanblogger at 6:51 AM