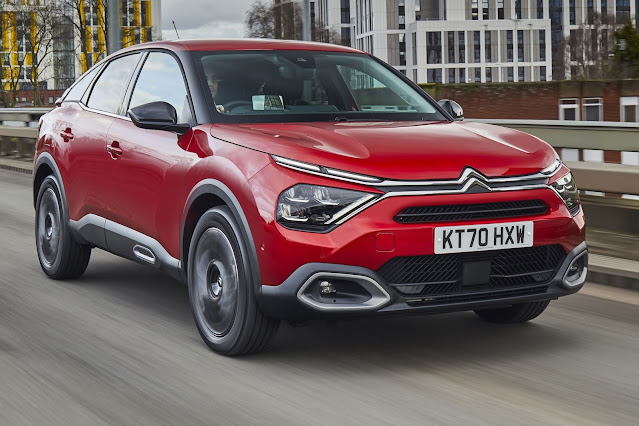 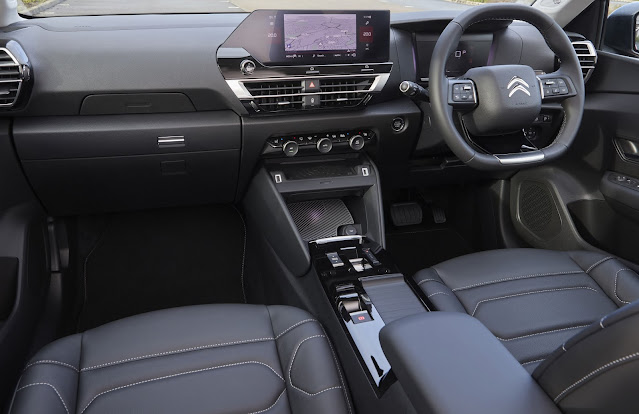 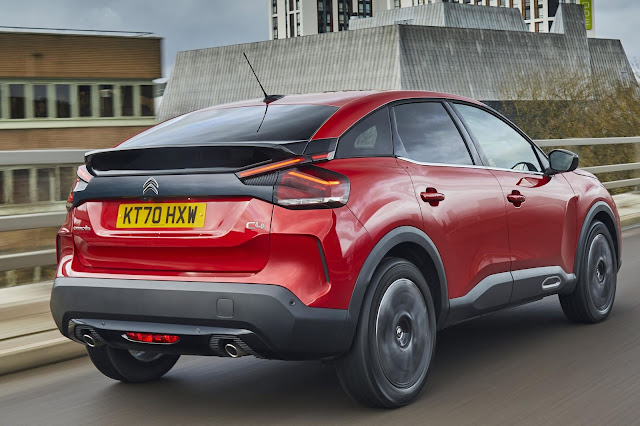 Taking the jump to electric is too big a step at the moment but I am warming to it after driving the new Citroen e-C4.

But there are plenty ready to take the plunge if orders for the new family hatchback are anything to go by.

Even before the car has gone on sale 50 per cent of orders are for the zero emissions, zero tax electric model and even when the hiatus is over Citroen expect sales to level off at a surprisingly high 30 per cent.

And just to emphasise the changing of the motoring guard diesel sales are expected to be almost non-existent but there will be a couple of options which will suit high mileage drivers.

So what do we make of this new Citroen, and more to the point is it a conventional hatchback or SUV?

It is certainly marketed as a hatchback but standard 18 inch wheels raise the ride height and with the sloping coupe roofline could pass for an SUV so Citroen has an eye on pleasing both camps.

Where this C4 defies conventional wisdom is its ride. Rivals like Ford Focus, VW Golf, Mazda3, Seat Leon are definitely sporty but Citroen has gone the way of comfort which is hardly surprising given its heritage. It broke the mould with pneumatic suspension decades ago, models like the CX gliding along our roads, and making my young sons car sick after a few miles!

But the current system is far more sophisticated with progressive hydraulic cushions on each wheel adapting to the surface. Does it work? Too right it does, apart from silly money luxury motors with air suspension, this is far and away the most comfortable car I have driven doing a brilliant job cushioning against the vagaries of our road surfaces. Combine that with front seats to rival your favourite arm chair and you have a mainstream car providing exceptional levels of comfort.

You do lose some of the driving sharpness of the aforementioned rivals but this is only noticeable when pushing hard through twists and turns, and how often does that happen with the family on board?

As you would expect the cabin is bang up to date with digital driver's binnacle and head up display which is a brilliant driver aid, along with a centre mounted 10in touchscreen for navigation, radio, phone connections etc.

A useful new feature is a pull out drawer in the dashboard for a tablet. Trim quality has been upgraded over the previous model with some areas taking on a distinctly premium feel suggesting Citroen is hoping to tempt customers from the more expensive German brands.

And it would seem the company has bowed to pressure reinstating physical switches for the heating system rather than having to do everything through the touch screen. Hallelujah for that!

Cabin space is up to par with decent rear legroom even for taller souls although the sloping roof does impinge on headroom. Another slight issue is rear vision which isn't great so it would be well to spec a model with a reversing camera.

For a family the C4 is practical with a full width opening tailgate and twin level boot floor. Space is on par rather than exceptional beaten by some rivals including its Peugeot 308 sister but there is a bonus for the e-C4 where no boot space has been lost to storing the battery pack.

Petrol is going to be the dominant force with a choice of 100, 130 and 155bhp outputs, all extremely capable economic engines with low emissions, the upper level variants coming with an eight speed automatic gearbox. The diesel 110 and 130bhp engines are refined, punchy and can top 60mpg but unless you are doing huge miles go for the 100 or 130bhp petrol which are good for 50 plus to the gallon and a good deal cheaper.

There are four trim levels Sense, Sense Plus, Shine and Shine Plus and spec level is good from the start but I think most buyers will go straight to Sense Plus as the starting point. Petrol and diesel models range from £21,005 to £28,255 which are more than competitive.

Apart from some exterior light blue trim inserts the electric version is identical, Citroen adding a model to the C4 range rather creating a specific shape like Volkswagen's ID.3.

Like most electric cars it is very quick off the mark and the only noticeable difference over its ICE brethren, other than running silent, is slightly firmer suspension to cope with the extra weight of the battery pack. The range is 217 miles from a 50kW battery and best charged from a wall box. A Podpoint box worth £500 is fitted free with the car.

If your main requirement in a new car is comfort then you have to try the C4 because this is where it shines over its rivals. It also looks good and is competitively priced but falls short on boot space against the best of the opposition.