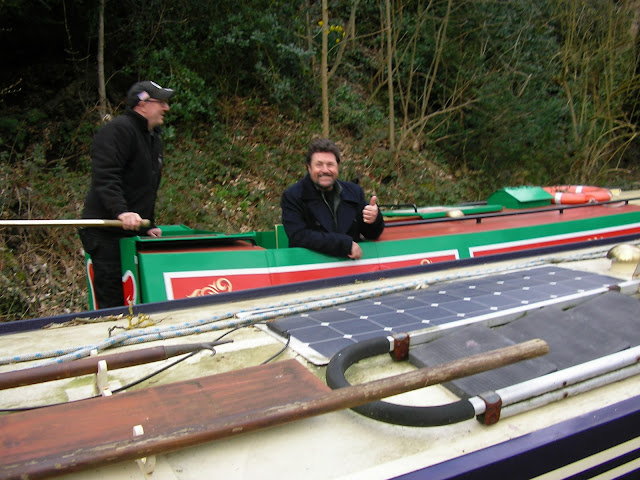 * Michael Ball gives the thumbs-up to Phil Meyer as he glides by on the canal.

Giving Phil the thumbs-up, he told him he was on his way to film for a TV show at the world famous Pontcysyllte Aqueduct.

Michael made his debut at Llangollen International Musical Eisteddfod - where Phil has been a long-standing volunteer - back in 2004.