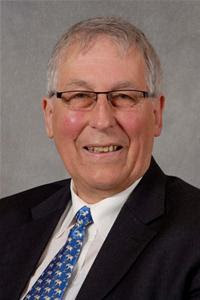 The development below my house in Vicarage Rd has triggered a new water storage facility being built to the west of it in the green belt.

It is a couple of hundred yards away from me and immediately below my neighbours.

From my time on the planning committee I know that putting in an application triggers a process. If it could be controversial, neighbours are advised and if they respond then it goes to committee.

This is an enormous development in a sensitive area, and yet neither myself or neighbours were advised or given the chance to comment and so it looks like it was a delegated decision to grant.

I finally managed to find the papers on line, the website is useless by the way.

It was done in haste, the agent for Welsh Water has a recurring theme in that she wanted it done quickly.

We heard and saw a tree being pollarded the other day, it turned out to be a walnut, in the words of the tree expert from Flintshire, extremely rare in North Wales.

They cut down the easterly one, the nut bearing one. So no more rare walnuts in this area. The tree expert allowed it in the application.

So, question, why weren't the neighbours consulted about the application? Why was a rare tree allowed to be cut down without any public consultation?

Is it because Welsh Water were on a mission to do it quickly?

There is another issue arising, there were springs in the field, the earthworks appear to have opened them up, with this rain we are experiencing, the water and spoil is running down across the excavations across Vicarage Road and in to the new housing development. Special soak-aways have been constructed both there and under Hall St car park to deal. Houses in Hall St on the A5 have cellars which could be affected when those soak-aways get full.

Concerns have also been aired to me about the excavation and access road levels on the site. Could somebody check them please?

* Stuart Davies has received a response from a county planning officer which says the correct processes have been followed, adjacent residents notified and the responses of statutory consultees/technical informed.