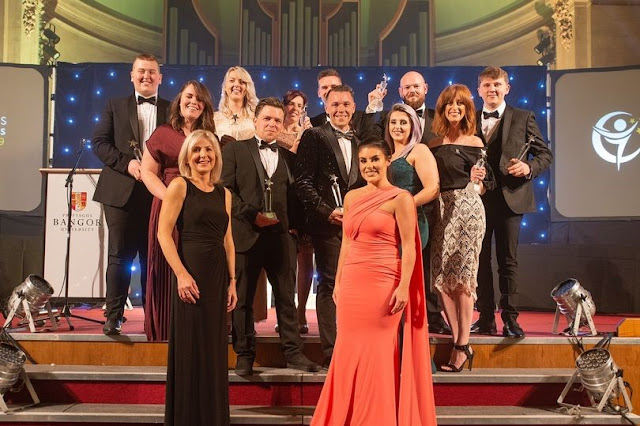 A young film maker with strong connections to Llangollen has scooped a major business award.

In his spare time Joe Clifford, who lives in Chirk, is an active member of the Twenty Club amateur theatre group and has had key roles in a number of their productions over the years, most recently The Flint Street Nativity and Dinner With Otto.

And TasteBuds won one of the key categories at the prestigious North Wales Young Business Awards staged recently at Bangor University.

A total of 150 businesses from across the region attended the event, hosted by BBC presenter Sian Lloyd, which recognises entrepreneurs under-35 and firms that are making waves in the region.

The awards had the backing of a number of local businesses who helped with sponsorship.

Joe and his company won the award for Food & Beverage Business of the Year, sponsored by  The Alternative Board - North Wales.
Posted by llanblogger at 7:19 AM