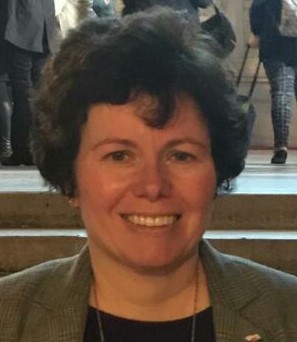 Clwyd South MP Susan Elan Jones (pictured) and other members of the All-Party Parliamentary Group on State Pension Inequality for Women have pledged to carry on fighting for women affected by the increase in their state pension age after a High Court ruling.

Yesterday (Thursday) the High Court rejected claims that increasing the state pension age for women born in the 1950s discriminated against them on the grounds of age and sex, and that the government had failed to appropriately notify those affected.

However, Labour MP Carolyn Harris and former Conservative Government Minister Tim Loughton, co-chairs of the All-Party Parliamentary Group on State Pension Inequality for Women, said the All Party Group would continue to use all means available – including private members’ bills – “to seek justice for all the women affected”.

In a written statement the politicians said the cross-party group’s continued aim was to deliver on a series of measures proposed in April 2018.

The measures include:
- making a non-means-tested pension credit available to all women aged 63 and over from the day it is approved until they reach state pension age, which won’t be backdated.
- equalising women’s pensions, so that everyone receives a full state pension (£159 per week) regardless of the number of years of National Insurance contributions accrued.
- extending pension credit for those worst affected who have no other income or private pension available to them and are suffering financial hardship.

Susan Elan Jones MP said: “Pension fairness matters hugely for ordinary people from our local area. I’ve worked very closely with many constituents who’ve been affected by these pension changes. I remain committed to working in Parliament with other MPs across the political spectrum who want a fair, common sense solution for women born in the 1950s.”
Posted by llanblogger at 10:27 AM