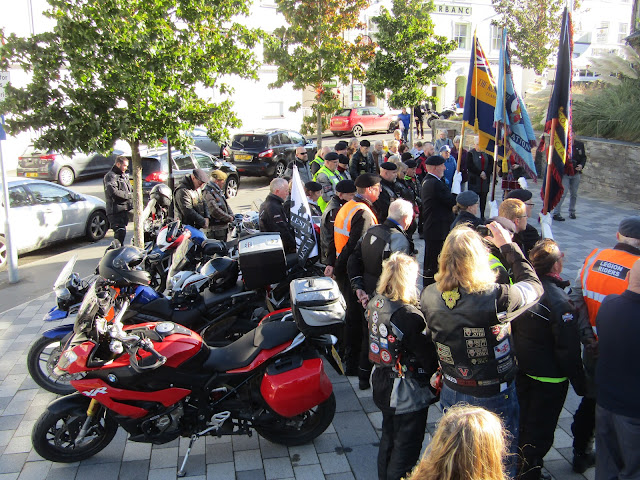 Against the backdrop of more than 80 steel poppies bought with donations from local businesses, a large group of bikers gathered to launch the latest Poppy Appeal in Centenary Square this morning.


More than 40 motorcyclists, many of them forces veterans, stopped off in Llangollen during their 180-mile ride from Wrexham to Llandudno marking the start of the Royal British Legion's 2019 fundraising campaign.

Alongside the local Legion branch they took part in the traditional Service of Remembrance led by Llangollen vicar, Father Lee Taylor, which included the sounding of Last Post and Reveille and the observation of the minute’s silence leading up to 11am. 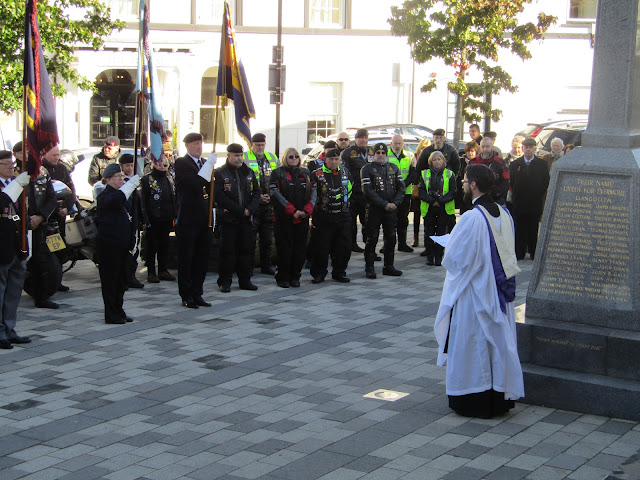 * Father Lee Taylor leads the service in front of the war memorial. 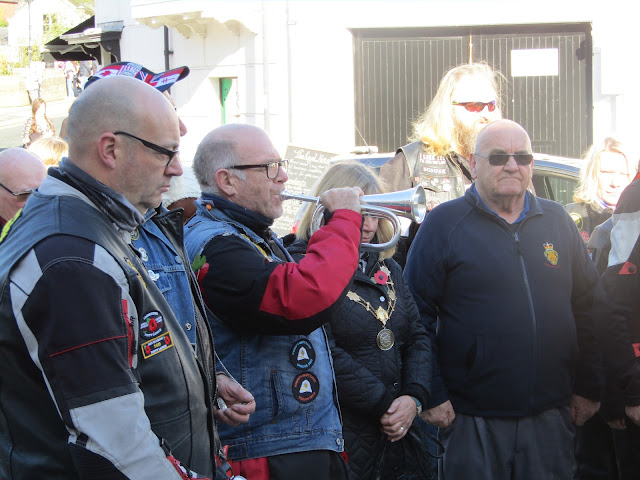 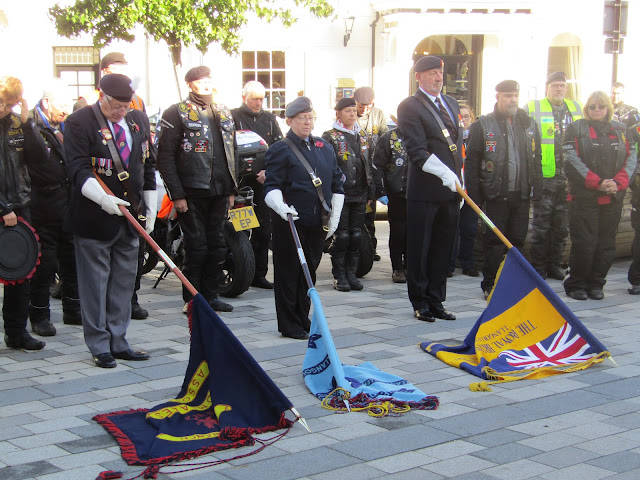 * Veterans organisation representatives lower the standards in salute to the fallen. 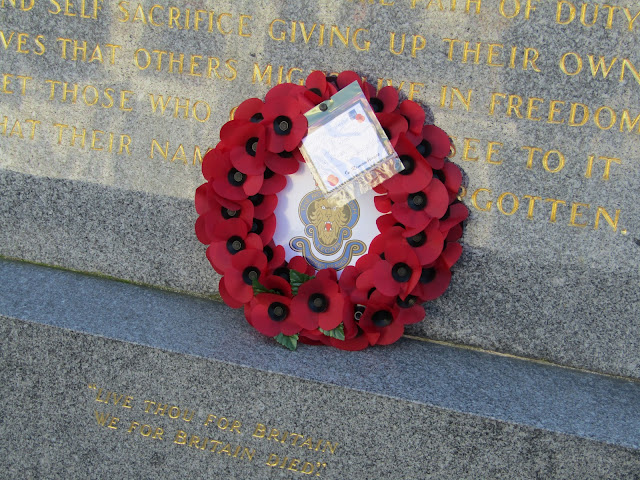 * A poppy wreath laid on the war memorial.
Posted by llanblogger at 11:27 AM