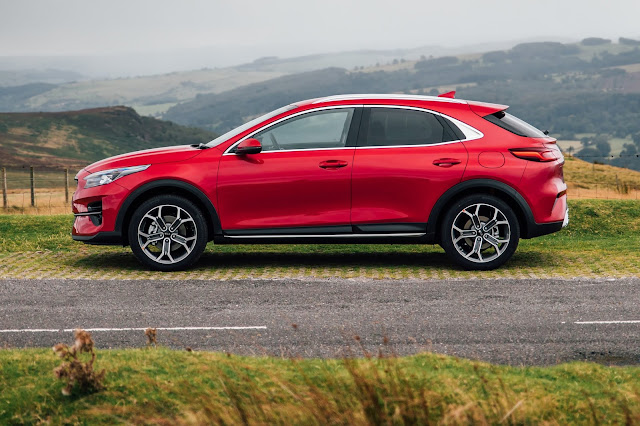 * The XCeed, the fourth edition to the Kia Ceed family. 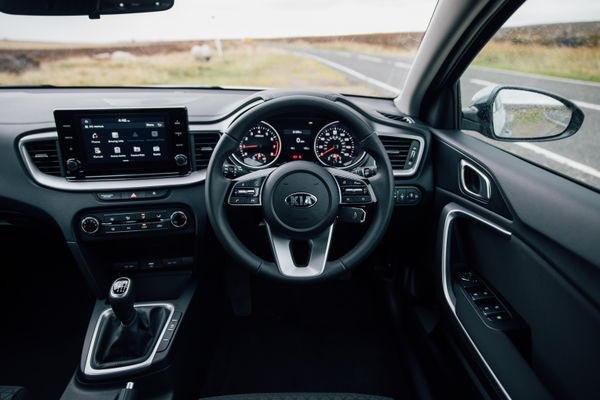 Just when you thought the family was complete another one comes along. Meet the XCeed, the fourth edition to the Kia Ceed family.

What is it? It is a Ceed hatchback which has gone into the workshop and come out with a change of clothes.

Is it needed? The Kia top brass think so and they are normally right. As one exec said to me: "We don't build cars people don't want."

Eight consecutive years of increased sales sort of backs that up, and it looks like this will be year number nine with 97,000 Kias leaving our showrooms, a pretty remarkable achievement from the company's bargain basement roots of the nineties.

Let's drill into what XCeed is and why it is needed. The X is the clue, it's a crossover or family SUV, whichever name you like best, and they are taking over the car market.

Kia isn't short of SUVs, it has got Niro and Sportage, but Niro is a hybrid and Sportage a bigger SUV so XCeed has been brought in to plug the gap between Ceed and Sportage. Mazda has done the same with the CX-30 as has Ford with its pumped up Focus.

Kia believe XCeed will take around half the total Ceed range although I would not be surprised if it was higher and this is why.

The X factor has given it a little more length than the hatchback (85mm) so there is no compromise on cabin space, the boot has room for an extra bag or two, it has the higher driving position which everyone seems to like, and it is better looking than the hatch with a tasty fastback tailgate design.

No one builds cars that don't drive well so let's jump ahead to more important things. On the engine front the choice is 1.0 and 1.4 litre petrols, and a 1.6 litre diesel. My star pick is the 1-litre, a lively, economic three-cylinder which will blow you away with its refinement and performance.

People I talk to are still dubious about this new breed of small engine and there will be doubters over this engine's ability to carry the XCeed but they will be wrong. The 1-litre is an absolute hoot from the second the accelerator is pressed and it can hold its performance right to the red line.

The 1.4 litre petrol is less impressive not because it is inadequate, which it is not, but because it does not have the same performance as some of its top rivals which offer a wider range of power outputs.

It provides the power for the top of the range First Edition which is the most eye catching with its tasteful yellow detailing on the seats and dashboard. It also comes with a striking wide 10.25in multi media screen that dominates the dashboard and flows into an equally impressive 12.3in digital instrument cluster which projects all the driver information you could possibly need.

It also throws in a sports mode selector, not really necessary given the modest power output, but nevertheless adds a spark of fun. First Edition will set you back £28,095 or £29,195 for the seven speed automatic.

Something to please mobile phone users is the ability to connect two mobiles at once, an all too rare benefit in cars of this class.

Kia does not expect many buyers to go for the entry Grade 2 but that is hardly left wanting with the touchscreen shrunk to eight inches for DAB audio selection, Bluetooth and reversing camera, all round electric windows, keyless entry, LED headlights, cruise control with speed limiter and air conditioning. This opens at £20,795 with the one litre engine.

The majority will opt for Grade 3 which uses all of the touchscreen and brings in navigation, heated front seats and steering wheel and electric parking brake among the extras over the entry model.

XCeed will not have it all its own way simply because strong rivals will be gnashing their teeth trying to frighten it off, but it is the new star of the Ceed range with great looks and a generous level of standard kit.