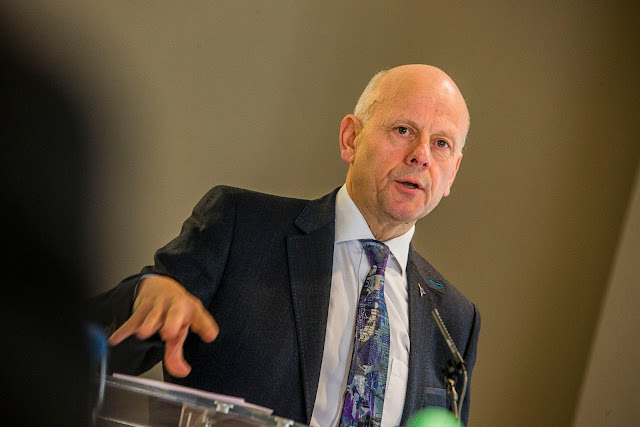 A social care champion is calling for certainty over Brexit.

He was speaking in the wake of the publication of the UK Government’s Operation contingency planning document, Operation Yellowhammer.

According to Mr Kreft, who is also the proprietor of the Pendine Park Care Organisation, the political paralysis surrounding Brexit was already driving up prices and had led to European workers returning home.

He said: “Operation Yellowhammer suggests the worst-case scenario would be very serious with some smaller care homes closing within a fortnight because of escalating prices and larger providers under threat within a month or two.

“The current uncertainty is already causing issues for social care because is ratcheting up prices while the issue of people not wanting to come and work in this country becoming a real problem.

“We’ve seen a lot of talented care practitioners and nurses leave Wales already and this is a major concern because we have an aging population and, planning ahead for the next 15 to 20 years, we are going to see a 100 per cent increase in the number of people aged over 85.

“Regardless of what happens with Brexit, the demographics are going to cause enormous issues but this uncertainty and this appearance that we no longer welcoming people who have talent and want to work here is causing even more problems because the NHS is already under tremendous pressure.

“We have been fortunate in recent years but if we have a bad winter, you would see pressures on the NHS that we have never seen before.

“Social care underpins the NHS and what business wants and what social care wants is an end to this uncertainty.

“While Westminster decides whether it’s a deal or a no deal Brexit, what the social care sector needs is certainty to be able to continue to provide services for the most vulnerable people in our society.”
Posted by llanblogger at 11:13 AM