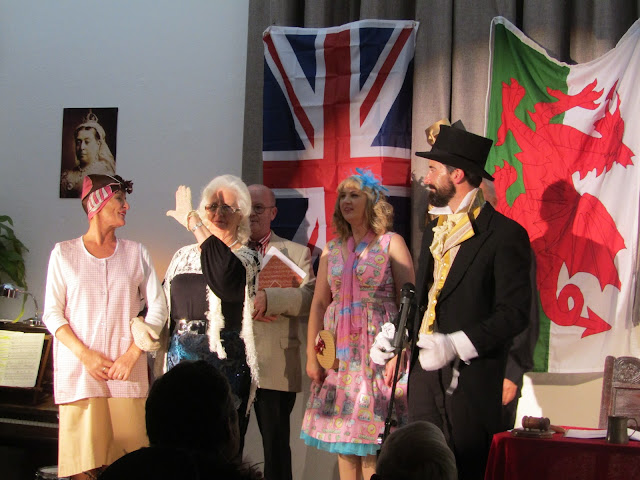 * The cast says farewell at the end of the show.

A packed audience of around 100 were transported back in time from the sedate St Collen’s Church Hall in 2019 to a rumbustious Victorian music hall in 1891 yesterday evening.

In charge of this enjoyable piece of time travel was the hall chairman, a man who looked remarkably like the vicar, Father Lee Taylor – apart from the frock coat, top hat and saucy introductions to some of the acts in the manner of the era.

Father Lee is actually an aficionado of this form of vintage entertainment and recently put together a group of amateur entertainers named The Collen Players to present this very first Llangollen music hall.

And what they produced was, as the verbose chairmen used to say on the halls, a veritable cornucopia of chorusing and general carousing.

The audience, many of whom had gotten into the spirit of things by donning Victorian costume, warmed up with a quick rendition of Let’s All Go to the Music Hall before the main entertainment began, mostly accompanied on the pianoforte by Owen Roberts.

First up was Clare Wall with a lively version of Daisy, Daisy and Hold Your Hand Out ... and then onto the stage bounced Julie Thomas and Gethin Davies attired as gentlemen of the road to do the delightful double-hander We’re a Couple of Swells.

More light-hearted old favourites like The Man Who Broke the Bank at Monte Carlo came from Mike Connolly who re-appeared later on the bill to present the very moving Keep the Home Fires Burning as part of a World War One selection.

Next up was Phil Robinson to get the crowd joining in with Champagne Charlie and the Spaniard That Blighted My Life.

Gethin Davies was back with a couple of comedy recitations including The Lion and Albert accompanied on the piano by his wife Eulanwy.

Clare Wall returned for more cheeky comedy ditties such as Under the Bed.

Dyfed Thomas rounded of the first half of the packed programme with laugh-alongs like the Black Pudding Song, spiced up with a Max Wall tribute by someone who looked suspiciously like his wife Julie.

The second half saw songs from a later period such as Adelaide’s Lament from Lizzie Clifford and a sing-along World War Two selection from Jennifer Rose.

There were also more knock-about comedy pieces from the Thomases, including the marvellously observed Chicken, and even a funny little song entitled Tom Walks Out With Mary from the Chairman/Vicar before the whole cast thronged the stage to say farewell in the traditional style with Down at the Old Bull and Bush, with which the audience joined in with gusto.

Father Lee has promised more shows from The Collen Players, the next one of which will be a Christmas production. If they all go down as well as this one Llangollen is in for a treat.


* All pictures by Jeanette Robinson. 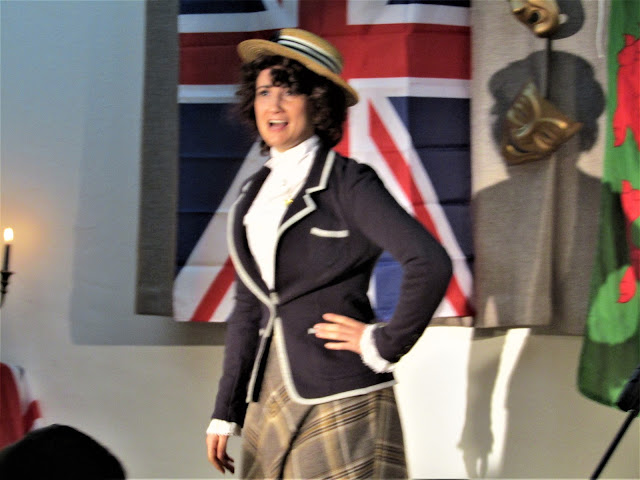 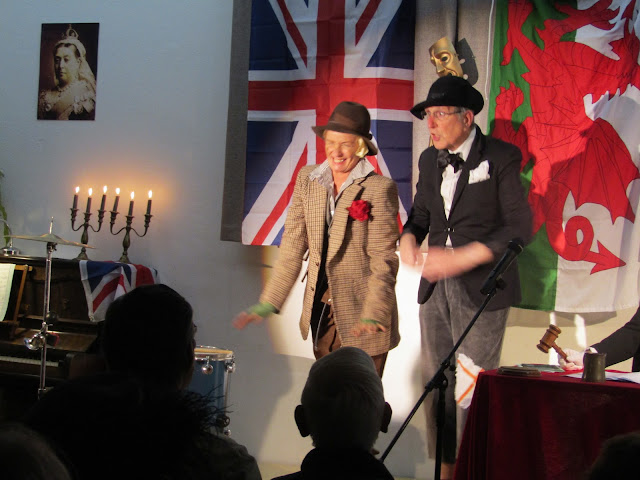 * Julie Thomas and Gethin Davies are a Couple of Swells. 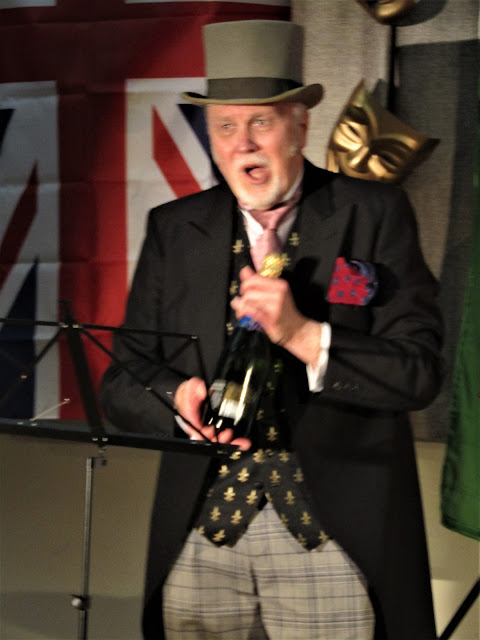 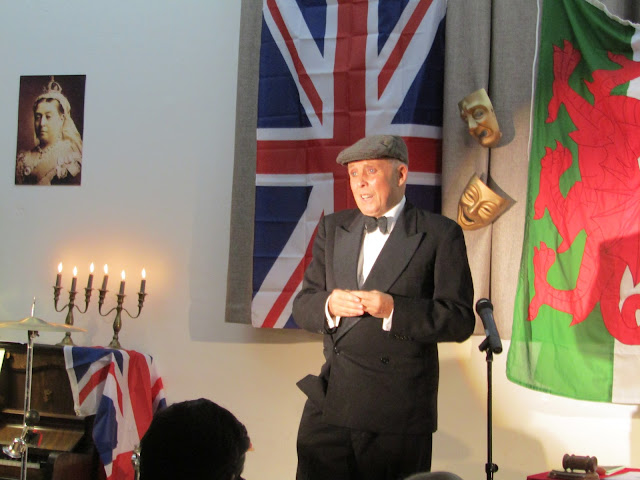 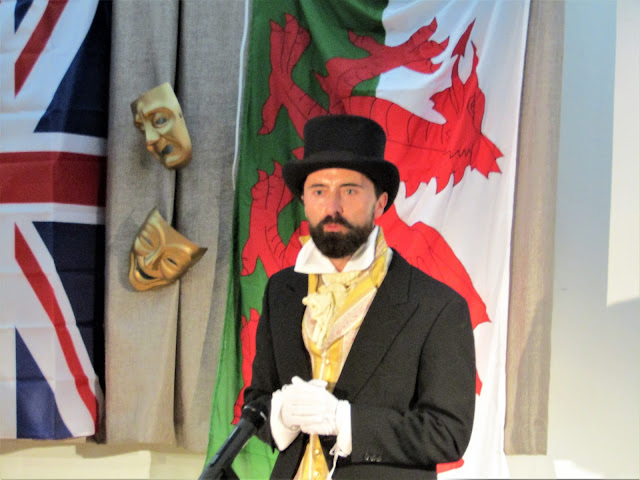 * Father Lee Taylor in the chair. 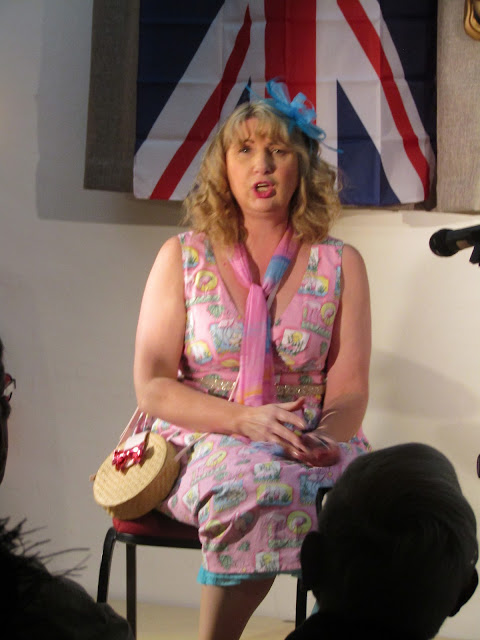 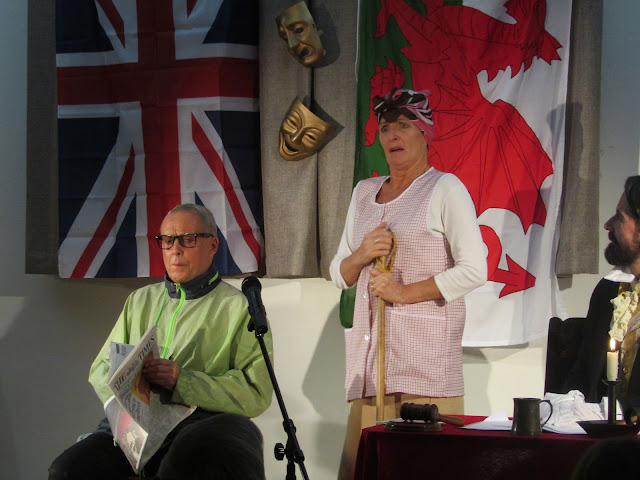 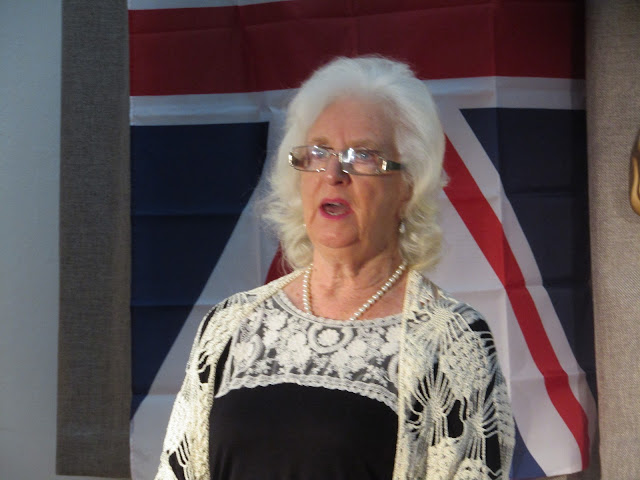 * Jennifer Rose with her wartime selection. 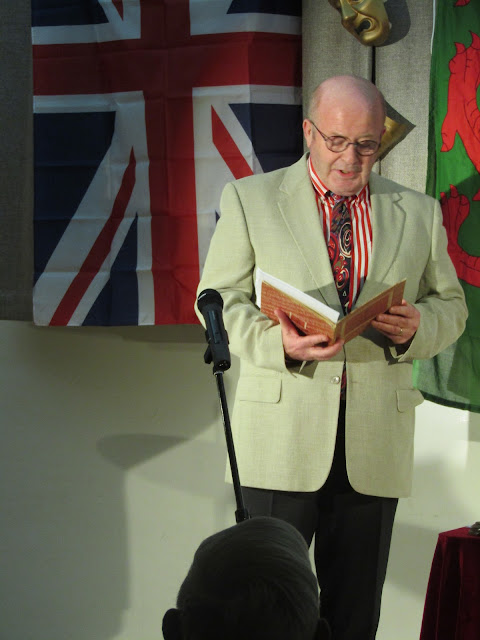 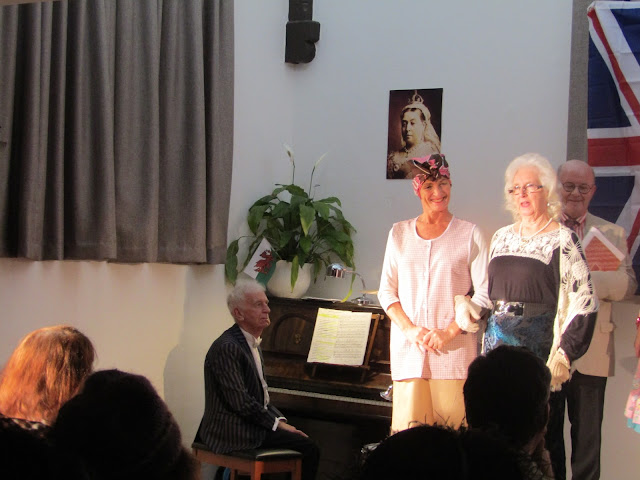 * Owen Roberts at the piano. 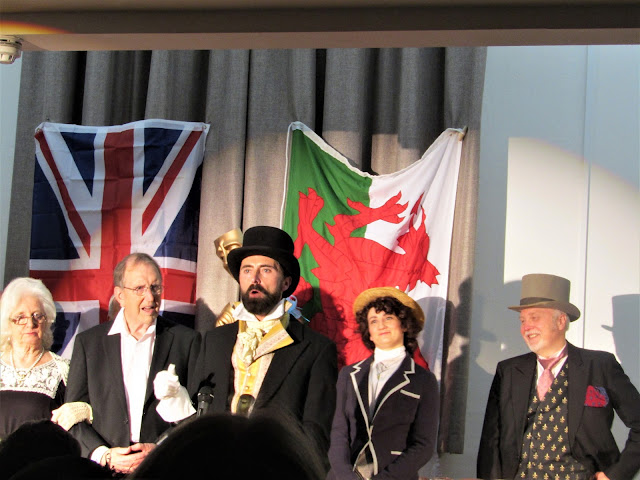 * Saying farewell with a song.

Posted by llanblogger at 9:37 AM