Christmas Festival puts out the call for helpers 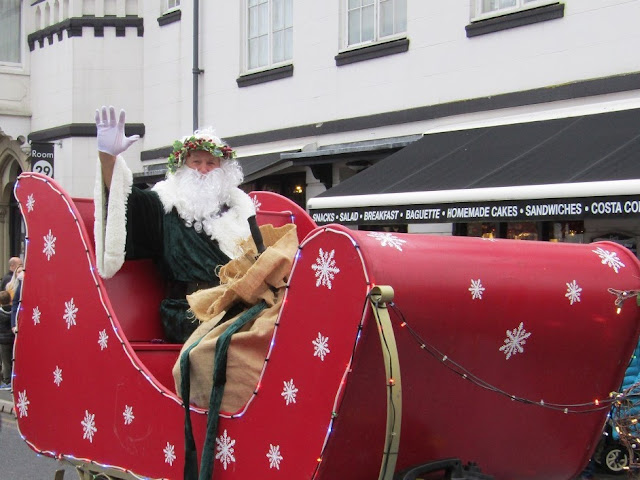 Organisers of this year’s Llangollen Christmas Festival have put out an urgent call for able-bodied people to help run the big show.

Thousands of seasonal revellers are expected to come flocking to Llangollen for the town’s annual Christmas Festival on Saturday November 30.

Kicking off at 1pm with the famous parade which sees Sion Corn - the Welsh Santa – being escorted into town over the historic bridge by a colourful cavalcade of entertainers and local groups, the event features children’s fairground rides, food stalls, choirs, craft stalls, circus acts and face painting.

For the past few years there have been enough volunteers to help with the heavier work of putting up the wide range of stalls, sideshows and other equipment needed to make the festival a success.

But as the show grows in popularity more people are needed this year to lend a hand with this work.

Chairman of the festival committee Austin ‘Chem’ Cheminais, who is also the local town crier and a member of the town council, said: “We’ve usually had enough volunteers on hand to help with the heavier work but as the event gets ever more popular there’s more to do and we could do with a few extra willing hands.

“Three or four people would be enough but, due to the nature of the work, they’d need to be physically up to doing some of the heavier jobs.

“This is a key part of the behind-the-scenes festival organisation and we’d be delighted to hear from anyone interested in helping us out. They can contact us through our Facebook page, which is https://www.facebook.com/Llangollen-Christmas-Festival-311747955653208/

During the festival, which will once again benefit Wales Air Ambulance and local charities, there will also be a chance for youngsters to visit Sion Corn in his glorious grotto and during the afternoon visitors can look forward to an eclectic mix of musical entertainment from local groups on two outdoor stages and other on-street entertainment.

Festival organisers have also arranged for free parking throughout the day at local car parks.
Posted by llanblogger at 6:34 AM