Success is on the cards for Llan shop boss 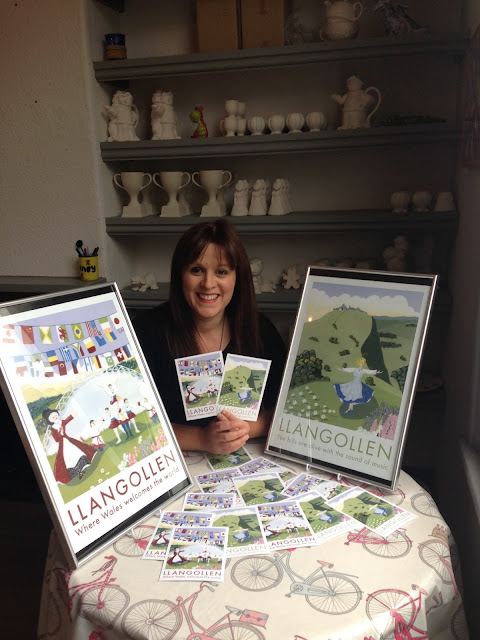 * Sarah Meade with her designs for Llangollen and Oswestry.

Local businesswoman Sarah Meade, proprietor of Honey Pots in Oswestry and Llangollen, is taking the chance to showcase her artistic skills by designing some postcards with local themes.

“As we have a shop in both towns, I thought it would be a nice idea to try and promote each town with postcards highlighting something that each town is known for," she said.

" I was surprised recently when I went to buy a postcard to send to a friend and found that none really exist for Oswestry.”

As a result, Sarah decided to design a postcard for Oswestry and then, because she has a shop in Llangollen as well, thought she would do something similar for Llangollen.

She now has three designs, one for Oswestry telling the story of Oswald’s tree and two for Llangollen one highlighting the musical history of the town based on the classical film “The Sounds of Music” and one highlighting the International Eisteddfod for which the town is globally recognised.

“My initial plan was to sell the postcards in my own shops but a number of local businesses have already shown an interest and I was very excited when the Eisteddfod also expressed an interest in stocking them, so that they can be sold at the event this week.”

Sarah also plans to put the designs on other products including mugs and tea towels as well as selling limited edition prints all of which (including the postcards) will be available in the Oswestry and Llangollen shops as well as other outlets that have expressed an interest.

The originals will be displayed in the shops shortly and the postcards and posters can also be viewed on the shops website www.honey-pots.com
Posted by llanblogger at 5:26 PM