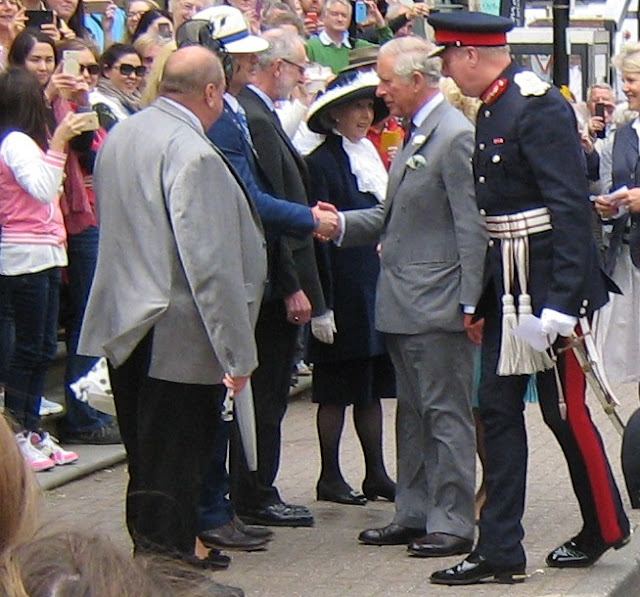 * The Prince of Wales is greeted by the mayor, Cllr Mike Adams, and town councillors. All pictures by Jeanette Robinson.

Crowds thronged the centre of Llangollen this afternoon (Tuesday) to see the Prince of Wales and the Duchess of Cornwall stop off in the town on their way to visit the eisteddfod's opening day.

The couple, who were greeted by the town mayor, Cllr Mike Adams, and fellow town council members on the steps of the library, then went walk-about in the crowd and also popped into Gwyn Davies the butchers in Castle Street to meet customers and staff.

Later in the afternoon, the eisteddfod 's traditional opening day parade, which Prince Charles had waved off from the field, came through the town led by its president, Terry Waite, in an open-topped vintage car and with the pace being set by Llangollen Silver Band. 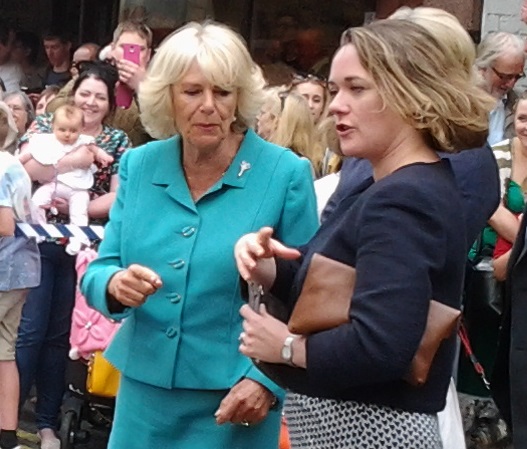 * The Duchess of Cornwall on walk-about in Castle Street. 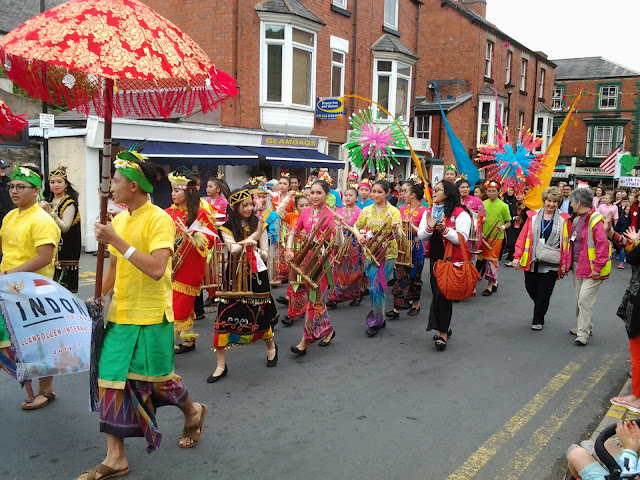 * The eisteddfod parade makes its way through the town centre. 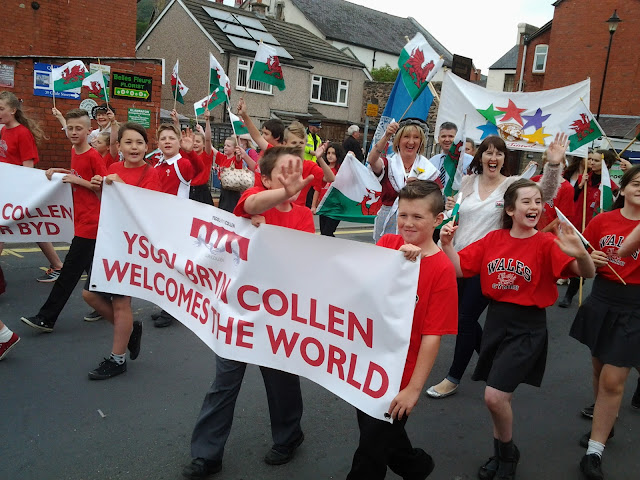 * Children from Ysgol Bryn Collen are cheered on the way during the parade.
Posted by llanblogger at 7:48 PM