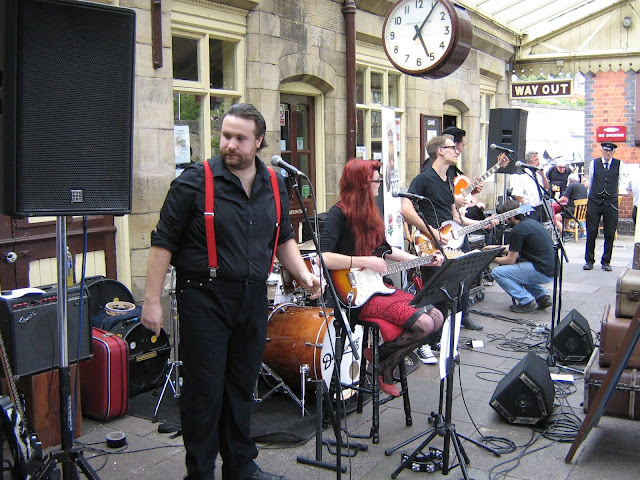 * The Del Sharrons get the train underway from Llangollen station.

There was good rockin' all along the line this evening as Llangollen Railway hosted a Fringe event called Rock 'n' Roll Steam Train.

Revellers turned up from 5pm to be greeted by sounds from the band Del Sharron playing on Llangollen station.

Shortly afterwards, they boarded the train, hauled by a steam engine, which took them to Carrog station where there was a lively set from the country outfit, The Goat Ropers.

On the way back there was dancing in a carriage specially set aside for the purpose.

It was then back aboard for the return leg to Llangollen where once again they were able to groove to tunes from Del Sharron heavily laced with 60s favourites. 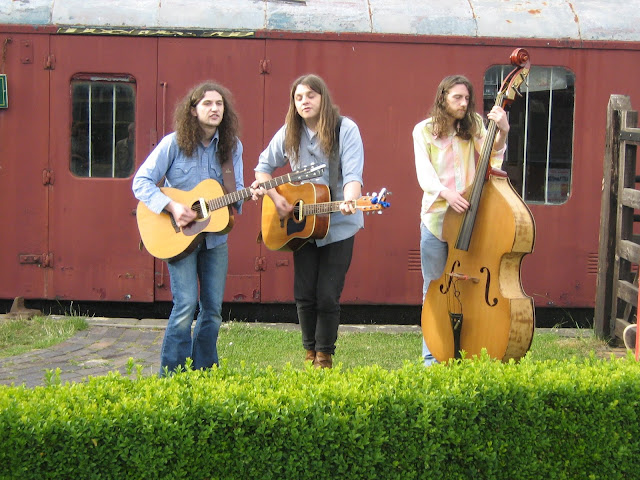 * The Goat Ropers play for train passengers at Carrog station. 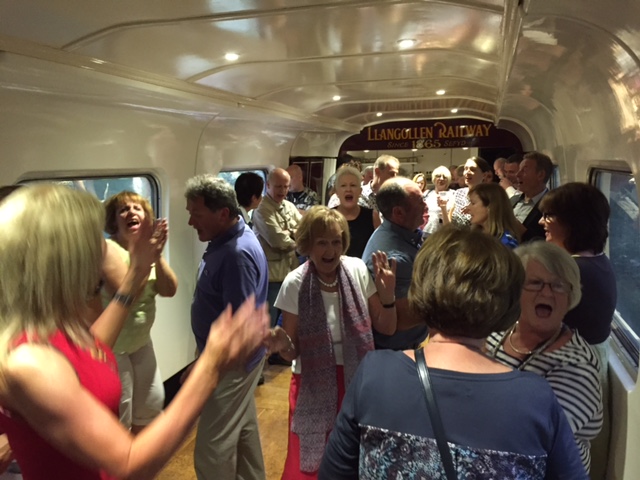 * Dancing on the train back to Llangollen (picture by Mike Edwards). 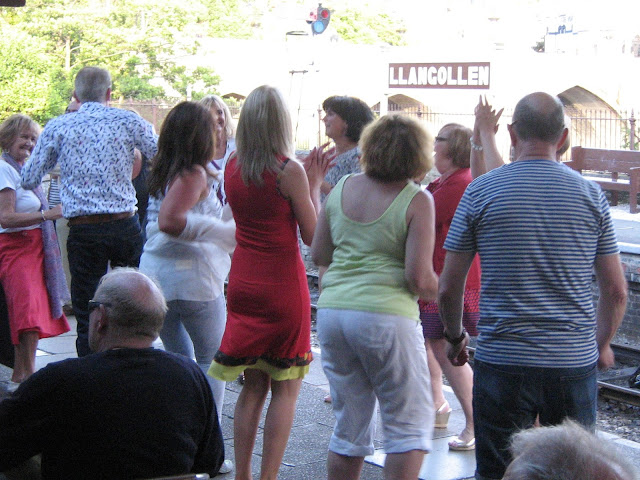 * Dancing breaks out on the platform back at Llangollen station.
Posted by llanblogger at 8:54 PM