North Wales Police are appealing for help tracing a 47-year-old man who has been missing from the Glanrafon area of Corwen since around 10 am on Sunday 26th July 2015.

Roy Hill was last seen when he was dropped off at the rear car park of The Eagles in Corwen and has not contacted family or friends since.  Police were notified but all enquiries have thus far proved fruitless. 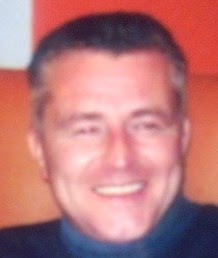 Sergeant Martin Kimpton at North Wales Police said  “Mr Hill He is approximately 6’ 2, of medium build with short cut frizzy hair which is mousy/brown in colour.

"He speaks with a Yorkshire accent.

"When last seen he was wearing a black waterproof jacket just above knee length, blue jeans and blue trainers.

"I would ask anyone who has sighted Mr Hill, or knows of his whereabouts, to contact police.

"His friends have had no contact with him since 26th July and we are increasingly concerned for his welfare.”

Police are also appealing to Mr Hill himself to contact police, family and friends to let them know that he is safe and well.

* Anyone with any information should contact North Wales police on 101 quoting NWP missing person reference 13539.
Posted by llanblogger at 5:07 PM