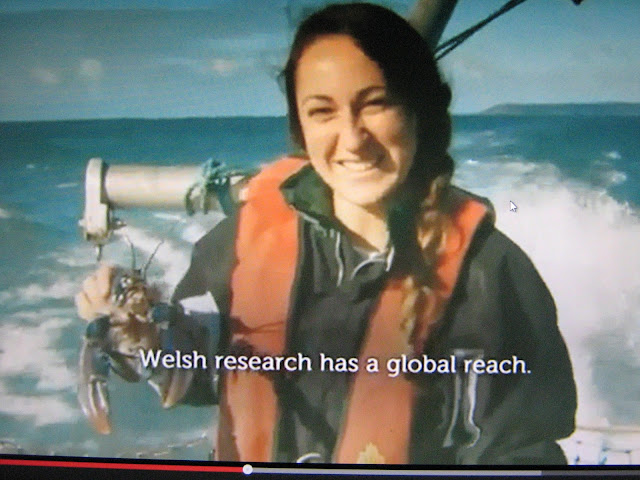 * Dr Davies as she appears in the film.

A Llangollen woman features in a film promoting the importance of science in Wales.

Science For Wales, produced by the Welsh Government, promotes the country's scientific achievements.

In one sequence there's an appearance by Dr Charlotte Eve Davies, who was educated at Ysgol Bryn Collen and then Ysgol Dinas Bran before earning a PhD in biology from Swansea University at the age of 24.

The daughter of Llangollen county councillor Stuart Davies, she has had six papers published and has travelled extensively around the world giving speeches on her speciality which involves lobsters.

In the film she is seen aboard a boat holding up a lobster.

Cllr Davies said: "I'd like to thank all the people from Denbighshire County Council who were involved in her education and helped to make this happen.

"As can be seen from the film, we deliver a world class education system."

An example of Dr Davies’ work can be seen at: http://theconversation.com/competitive-lobsters-are-fighting-it-out-in-uks-first-marine-park-35830
Posted by llanblogger at 7:55 AM