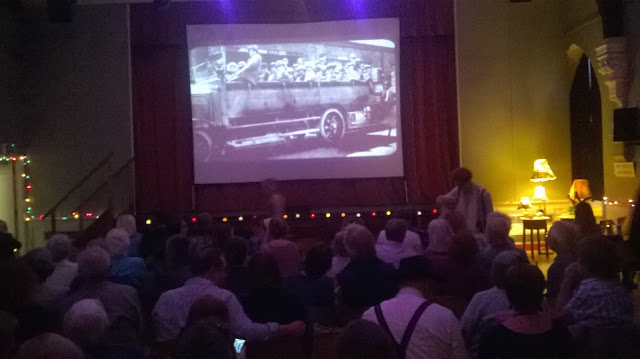 * A packed Town Hall at the launch of New Dot Cinema.


BIG screen spectaculars are back in Llangollen after an absence of half a century.


The old Dorothy picture house in Castle Street showed its last film to a paying audience 50 years ago.
But the movies are back following the launch of the New Dot community cinema at the Town Hall last night (Wednesday).


A group of dedicated volunteers has spent months working on the project to recreate the magic of regular picture shows.
And their efforts were rewarded when a capacity crowd lapped up every minute of the first show in a Town Hall which had been given the look of a bijou cinema of the 1930s complete with couches and shaded lamps.


The film chosen for the premiere was, appropriately, the Oscar-winning silent picture, The Artist, and there was a full supporting bill including classic shorts starring the likes of Charlie Chaplin and Betty Boop.
There was also a montage of stills pictures from Llangollen’s past supplied by the town’s museum.


The audience, who had been asked to get into the spirit of things by turning up in costume from the golden age of Hollywood, were able to enjoy a full bar plus stands offering homemade cakes, tea and coffee.
The evening was introduced by the mayor, Cllr Mike Adams, who gave a warm welcome to the project.


New Dot aims to show one speciality film a month at the Town Hall and those planned for the rest of the year include Mon Oncle by Jacques Tati, a creepy from 1962 called Carnival of Souls and a film from last year called Northern Soul. 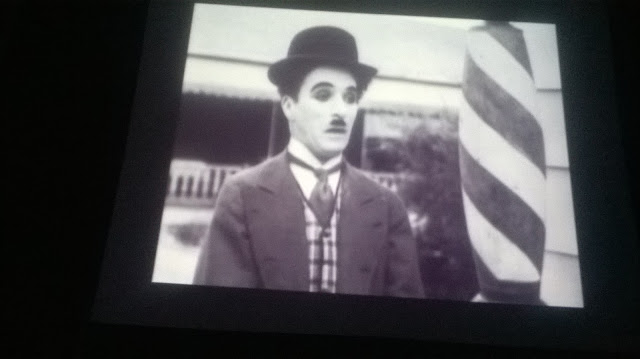 * Charlie Chaplin on screen.
Posted by llanblogger at 6:49 AM