Organisers of a major motorbike event to be staged in the town next weekend have written to residents assuring them it will do all it can to minimise any disruption it may cause.


LlanBikeFest 15 will be staged at the Pavilion on Saturday and Sunday, August 1 and 2 and is expected to attract thousands of biking enthusiasts from across the UK. 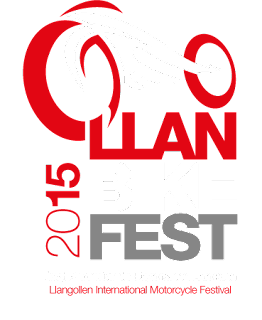 John Hutchinson, from the organising team, says in his letter to residents: “As you may know, several motorcycle shows have been hosted by the site in recent years, but this a new event, organised by a group of enthusiasts, headed by Llangollen businessman Harry Edwards and supported by the Llangollen and District Motorcycle Club.
“We want to make this an annual, family-friendly festival which will be enjoyed by local people as much as the motorcycling fraternity, and bring real benefits to the Llangollen community.
“We are very much aware of our responsibility to minimise any disruption to local residents and businesses, so noise on site will be strictly controlled and we will be actively urging motorcycling visitors to ride respectfully and responsibly, especially along Abbey Road and through the town.”


Details of attractions and activities at the festival can be found at www.llanbikefest.co.uk and on Facebook, but here’s a summary of what’s happening on site: