A Theatre company are busy sharpening their rapiers, practising lunges and flirting outrageously in preparation for this summer's touring production of The Musketeers, which comes to Llagollen's Plas Newydd tomorrow (Friday).

Off the Ground Theatre says will be overwhelming amounts of swash and buckle as the, now slightly older, heroes with a little help from Athos’ son and D’Artagnan’s daughter, charm women  - and some men - quaff wine and fight off Spanish and Dutch spies- all in the name of France.

This new story, written especially for the company by Daniel Cambridge, brings the Musketeers back together after they first met 20 years earlier.

And this time, the whole future of Europe is at stake as mysterious powers aim to topple the most powerful people throughout the continent. 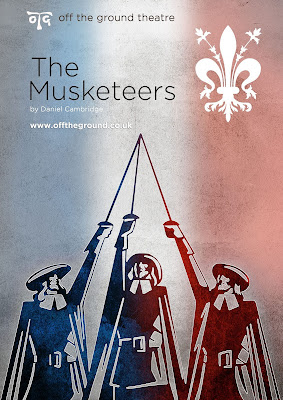 With full-blooded and fanciful fighting, live music and a 15-strong cast this promises to be a real summer spectacle.

Off the Ground Theatre started working on the Wirral 19 years ago and have produced over a hundred shows, featuring young talent from across Merseyside and the Northwest.

This will be the company’s twentieth summer tour.

The Musketeers is being directed by Chris Tomlinson and OTG’s artistic director, Dan Meigh.

Chris, who recently directed Until They Kick Us Out and assisted on A Midsummer Night’s Dream, both at The Everyman, said: “The OTG summer tour is always so much fun.

"There is always such an exciting mix of tour troopers who have done it before and new faces who have no idea what to expect.

"But by the time we open the first show we’re a proper company, partly due to the hard work we have to put in – there’s going to be a lot of sword play and fancy footwork we’re going to have to learn this year – and partly because we all want to put on a great show.

"The big cast, the story and the great routines should mark this out as a bit special.”

One of the main aims of Off the Ground Theatre is to encourage talent from its native North West of England and this year’s cast recent graduates from OTG and YEP as well as university graduates gaining their first professional experience.