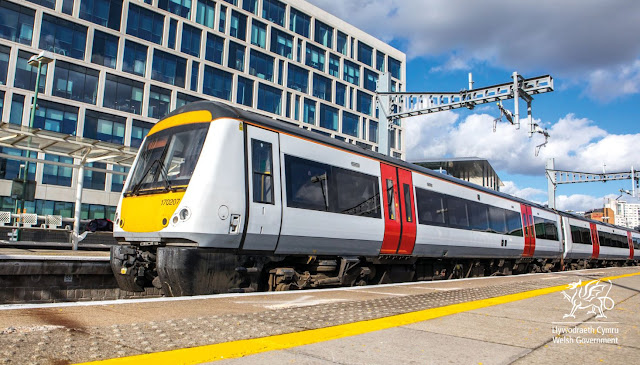 In the face of dramatic falls in passenger numbers the Welsh Government has decided to bring the Wales and Borders rail franchise under public control.

The move comes after a challenging period in which Covid-19 has significantly impacted passenger numbers and rail revenue across Wales.

Ken Skates said: “The last few months have been extremely challenging for public transport in Wales and across the UK.  Covid has significantly impacted passenger revenues and the Welsh Government has had to step in with significant support to stabilise the network and keep it running.

“We have decided to transfer of day to day rail services to a new publicly owned subsidiary of Transport for Wales”.

The decision follows the collapse of rail franchises across England as the privatised model comes under strain from the ongoing coronavirus pandemic.

“In Wales we continue a partnership approach between TfW and Keolis Amey as we work together to protect services for the Welsh public, safeguard jobs and secure the important Metro projects we have been working so hard on over the last few years.” Ken Skates added.

RMT union General Secretary Mick Cash said: “RMT welcomes this decision by the Welsh government and believes this is the best way to protect rail services in Wales. We will also be  seeking urgent assurances that railway workers jobs and conditions will be fully protected and the railway will be properly funded.

“RMT is also seeking reassurance that rail infrastructure maintenance will also continue to be provided by the public sector as it was under Network Rail.

“There is huge public support for public ownership because privatisation and profiteering has never been an efficient way to provide value for money, and  this is even more the case when extra funding has been needed during the Coronavirus pandemic.

"So as well as supporting this decision we are calling on the UK government to give the Welsh Government the necessary powers and support to ensure the railways in Wales have a  safe, secure and sustainable future in public ownership.”