Tribute to the Rev Charles Stallard who died recently 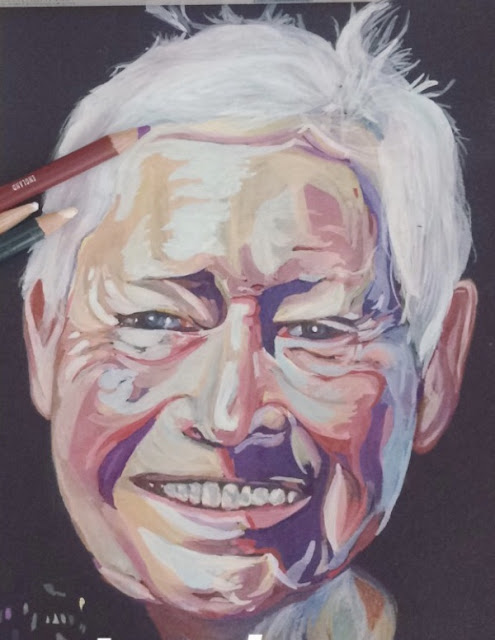 * This drawing of Charles Stallard is by his granddaughter Carys. 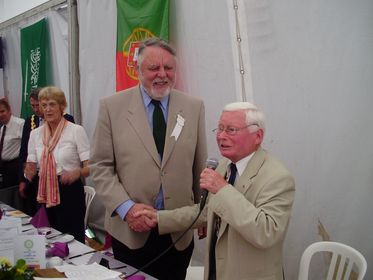 The Rev John Charles Stallard, who was well known in Llangollen where he lived for 10 years, died recently at the age of 85 in Llandudno.

The father of the Venerable Mary Stallard and her husband the Rev Andrew Sully, he had moved with his wife Daphne to the seaside town to be near them when they went there two years ago.

While Andrew became the vicar and ministry area leader of Llandudno, Mary, then the new Archdeacon of Bangor, became an associate vicar in Llandudno.

Charles attended Whitgift School in Croydon and after National Service he read English and Theology at Selwyn College Cambridge.

It was during his time at University that his vocation to the priesthood was nurtured, and there he also met his future wife Daphne.

After finishing his degree, Charles trained as a teacher before ordination training at Ripon College, Cuddesdon.

He and Daphne moved to the Diocese of Birmingham where he served curacies in Sutton Coldfield and Hall Green before taking on his first parish at St Bede’s in Brandwood.

Charles drew on his drama skills as a priest and became known for his plays, sacred and secular, and for the pantomimes which drew all kinds of people into the life of the church.

He was always keenly involved with ministry to youngsters, he was a scout-leader and wherever he served he made sure there were youth clubs and Sunday schools.

In the various dioceses in which he worked -  Birmingham, Newcastle and Worcester - in the parishes of St James and St Basil Fenham, St Hilda’s Warley Woods, Droitwich Spa and Pensnett, he used his gifts of liturgy, drama and education to enrich the life of  communities and to draw fellow clerics together at diocesan events.

In Newcastle, Charles had a school ministry as a chaplain and teacher. He served at Dame Allan’s school.

In retirement Charles continued to offer an active ministry, serving in St David’s, St Asaph, the Diocese of Truro (on the Scilly Isles) and latterly in Bangor Diocese.

He was a lover of words and always read widely, keeping up a keen interest in theology, history, literature and politics throughout his life.

He wrote throughout his ministry and had a book published of his reflections from the viewpoint of the rectory dachshund.

Bishop John Stewart Davies, former Bishop of St Asaph, wrote of him: “He seemed to me to possess all the best virtues of an old school parish priest - prayerfulness, intelligence, kindness, dedication. accessibility, that rare quality of 'stabilitas', and much much more.

"I considered it a privilege to have him in the diocese and was always glad to see him. He came across as ever cheerful and attentive."

Mary said: "Dad loved the time that he and Mum spent in Llangollen.

"They were so happy in the town and Dad loved being an active part of the community.

"He had many friends in the town and enjoyed continuing to serve in the Church, taking part in Rotary Club meetings, visiting some of the residential homes, being part of various drama societies and volunteering at the Eisteddfod.

"The family are all so grateful for the many messages of sympathy and shared memories of him that we have received.

"He and Mum both moved to Llandudno two years ago when Andrew and I moved. They came to be near us."