Sportage is fast but at the cost of fuel economy 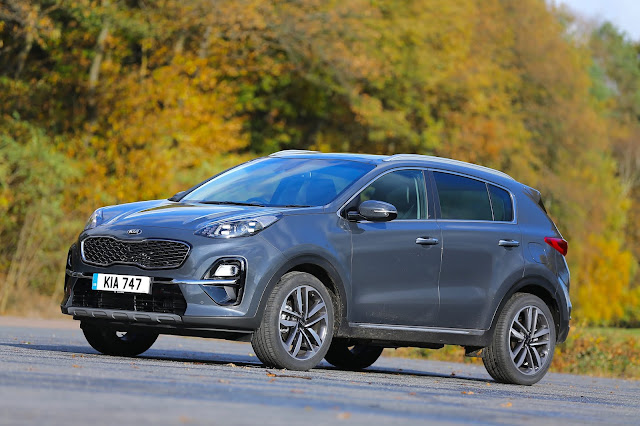 * Above and below: the Kia Sportage. 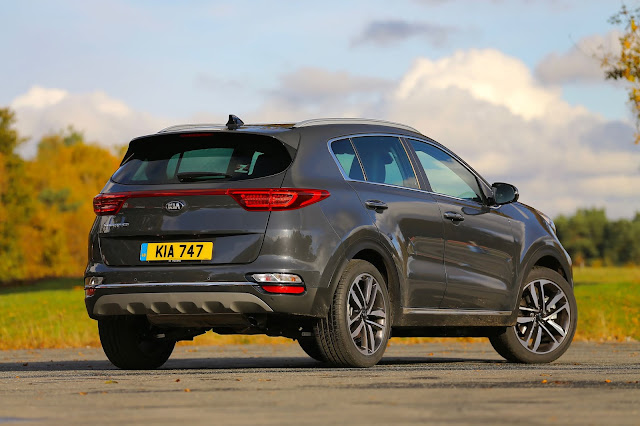 For months I have been praising the economy of small petrol engines. Well, I hit a brick wall with the Kia Sportage.

Kia has been developing new engines to meet the latest emission demands and, like many other manufacturers, has built a small engine with a lot of power but in this case not much in the way of economy.

To be fair this is the more powerful 174bhp version of the 1.6 litre which, with the help of a twin scroll turbocharger, shoots Sportage to sixty in well under nine seconds yet it only averaged 30mpg.

To add a little context to the debate the big Skoda Superb featured a few weeks ago averaged way over 50mpg with a 1.5 litre engine and is less than half a second behind the Kia in a sprint.

Okay, a saloon is going to be better on fuel than an SUV but by that much? Even if you drop down to the turbo-free 1.6 the official average is only 35mpg.

Interestingly a motoring writer friend who switched from diesel to the turbo 1.6 said he would never trade the loss of economy for the sparkling performance of his new Sportage and I know what he means because this is one quick motor with plenty of punch at low revs, able to pull away in top at just over 1000rpm. Impressive.

That said I came down to earth with an even bigger bump when I towed my caravan to Devon and averaged 19.4mpg. Not a problem if you have deep pockets may be but having to top up after just 200 miles is still a pain. Imagine a drive to the south of France.

The 1.6 litre diesel is a better option for economy but its towing capacity is limited unlike the all wheel drive petrol turbo which can pull just about any size van with its 1900kg limit while the towball can take a useful 100kg.

Economy aside I found Sportage pretty much the ideal tow car. As an SUV it sits high so there are no worries about jockey wheels smashing against speed humps which can happen with low riding saloons or hatchbacks, and with the back seats down there is ample room for everything you do not want to store in the weight restricted caravan, it easily swallowed two adult bikes and a lot more.

It towed my four berth caravan with ease and the trailer stability assist which counters snaking in high winds is reassuring. It also reduces sway when overtaking long artics on the motorway, a far more regular occurrence.

I would certainly go for the seven speed auto over the six speed manual which is a notchy change and too easy to stall because of its sharp clutch and throttle, all very embarrassing for someone who has had enough experience of balancing clutch and accelerator on countless cars!

Sportage took off with the third generation in 2010 and has been like a wild fire ever since outselling some big rivals and topping Kia's sales charts until last year when it lost out to the growing Ceed family.

The seven year warranty is a big draw but there is a lot more to Sportage. Build quality is as good as any in its class and scores well on spec right from entry level. Level 3, tested here, is really well off with panoramic sunroof, heated steering wheel, leather seats, power adjusted for driver and passenger, and heated not just in the front but the two outer back seats as well.

The 8in touchscreen controls navigation, radio, Bluetooth, smartphone connectivity and other lesser functions and, unusually, there are four decks of switches. The quick keys on the top row are a great benefit while the heating and other aids are clearly marked and easy to reach.

I found a few relatively insignificant additions particularly useful like the extending front sunvisors, two 12-volt sockets and USB port in the front and more for back seat passengers while front wiper de-icer will be welcome on frosty mornings.

Sportage gained a few centimetres in length in its last upgrade so there is no shortage of legroom particularly in the back. And while we are at the back of the car the designers would do well to include sidewall levers should the back seats need to be dropped while loading the boot.