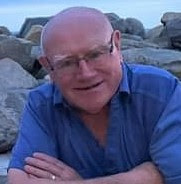 A former mayor has resigned his seat on Llangollen Town Council.

George Hughes says he has quit after finding himself disagreeing with the direction the council is taking.

Born, bred and educated in Llangollen, he worked for 25 years as a plant operator at the Monsanto chemical plant in Acrefair.

Later he spent 10 years as a retained firefighter based in the town. He retired about 20 years ago.

His first two terms on the town council came in the 1990s and his latest term began when he was elected four years ago. Prior to becoming mayor in the mid-2000s he had been deputy mayor for a year.

He was also a founder member of the Pengwern Tenants and Residents Group and also served as its vice-chair.

Mr Hughes said of his departure: “I found myself disagreeing with the direction the council was taking.

“It’s been a pleasure representing the people of Llangollen over a number of years and I’d like to thank everyone who has helped and supported me over those years.”

Mr Hughes said he will continue to be a member of Shape My Llangollen, the group of volunteers which has been tasked by the Town Council to produce Llangollen’s official input into the emerging Denbighshire Local Development Plan.

His resignation is the third from the Town Council during 2020, with Andy Beech having left in March and former deputy mayor Issy Richards in July.

Posted by llanblogger at 9:58 AM