Coronavirus latest for Wales and England 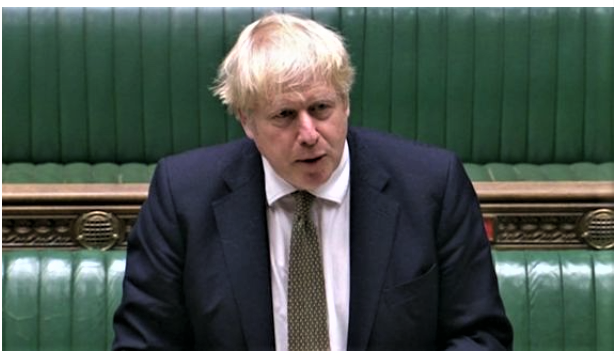 Earlier this afternoon he briefed the House of Commons on new measures to halt the spread of the infection in England.

These include a new three-tiered system of COVID Alert Levels - medium, high and very high - being put place depending on local infection rates.

Merseyside will be designated "very high" from Wednesday.

Asked by an MP about the situation with people from high risk areas of England visiting Wales, he replied: "It's very clear that people from high areas such as Merseyside should not be making those journeys."

* A second national Welsh lockdown is being considered as Covid-19 cases rise, the health minister has said.

Vaughan Gething said there was "growing concern" local restrictions may not be enough to stop a rise in cases, which he said was close to its spring peak.

Seventeen areas of Wales are currently under local lockdown restrictions, including Denbighshire.

He warned Covid cases in Wales could be back to peak levels seen in the spring within two weeks.

According to Public Health Wales figures the highest number of new cases recorded in a day in April was 391. The total on Sunday was 467.

* After attending a COBR(M) meeting this morning chaired by the Prime Minister to discuss the proposed introduction of the new tiered system of local restrictions in England, Wales' First Minister Mark Drakeford  issued a statement in which he expressed "deep disappointment at the inadequate proposals" for travel restrictions in high infection areas in England, and said these would be met with "great dismay" in many parts of Wales where infection rates are lower.

He also requested greater clarity on the metrics for placing areas into each tier, and agreed with other devolved leaders that the Treasury’s proposals for financial support, while welcome, did not go far enough in protecting the lowest paid workers.

* A summary of the latest measures for England:

Posted by llanblogger at 4:42 PM