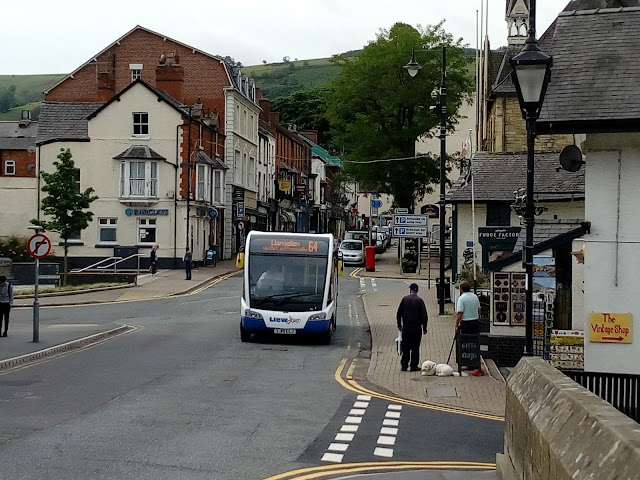 Castle Street traders continue to be angry that plans to ban all "pop-and-shop" parking and deliveries unloading are to go ahead later this month.

That's the claim of former Chamber of  Tourism and Trade chairman David Davies acting as a spokesperson for those opposed the moves.

The plans approved by Denbighshire County Council (DCC) are part of a package of changes designed to allow for more active travel  - walking and cycling - and Covid-19 social distancing of two metres between people.

They will be applied using temporary traffic orders within weeks.

plans were put out to public consultation for only two weeks in July and attracted just 91 respondents.

"According to DCC, this included 25 businesses in Castle Street who objected to the plan and 66 other responses from local residents and visitors of whom 59 were in favour of the plans.

"Census figures suggest around 4,000 people are in the Llangollen, Llantysilio and Berwyn area who could be described as local, out of which 91 responded to the survey - that's  2.3%. Of those 91 some 65% (59 persons) voted in favour.

"Thus 98.5% did not respond or objected, yet DCC still plans to go ahead with their scheme. How such a decision can therefore be promoted as a 'huge thumbs up' to the plan remains an unanswered question."

He added: "It seems unbelievable that DCC is misusing and wasting taxpayers' money closing Castle Street to pop-and-shoppers when they and government are trying to encourage buy local shopping.

"Traders are concerned that the plans, 'by coincidence,' are the same as one of the main objectives of the 2020 Group to permanently ban all parking in Castle Street.

With a number of questions to DCC still outstanding and their refusal to respond, an objection has been lodged with DCC for the scrutiny panel to review the decision.

"This must take full account of the traders; objections, trading conditions, current footfall and the true level of response from the local population.

"I am also calling on DCC to publish details of the planned footpath, cycle-way and road widths to meet social distancing and road traffic requirements."