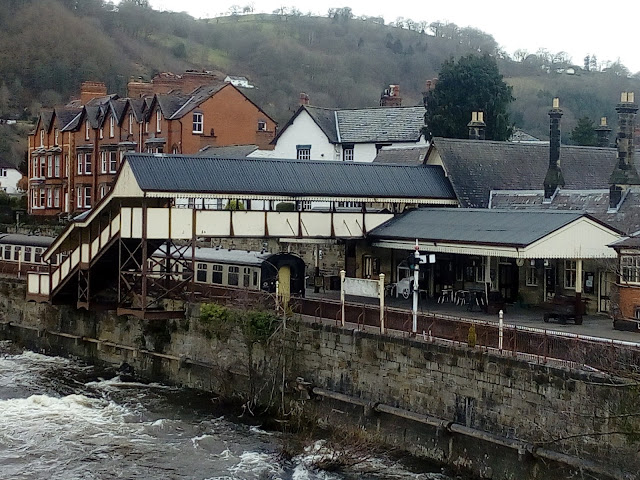 Major changes have taken place on the board of Llangollen Railway, which is currently closed for the second time due to government coronavirus restrictions.

"The sole remaining elected director is Bob Gordon who is presently endeavouring to co-opt new directors for both boards to be in place within the next few days pending the forthcoming AGM.

"The resignations arise from major differences of opinion with the Board’s heritage policy as being applied to the Corwen project.

"Bob Gordon immediately set about reassuring the Corwen project team regarding support for completing the new station as planned with work to start on the building of the platform, waiting room and toilets.

"He said, 'The need is to get the station finished and ready to receive passengers during 2021 with appropriate shelter to hand on the platform. This aim is dependent on this winter’s weather and, of course, any continuing impact of Covid 19 on the volunteer workforce.'

"Supporting these comments, the Railway’s President, Bill Shakespeare MBE, said, 'I am full of admiration for the way in which the Corwen Project team have tackled the creation of the new station and feel they should be allowed to continue the completion of the project with the building of the waiting room.

"We need to overcome this current difficulty and continue the progress towards an opening through to Corwen as soon as resources allow.

"I have always thought that Llangollen Railway is a broad church and can accommodate all shades of opinion.”

Llangollen Railway spokesman George Jones said: "Co-opted members have now formed a new board which has had its first meeting.

"The board members have experience and long-term commitment to Llangollen Railway."