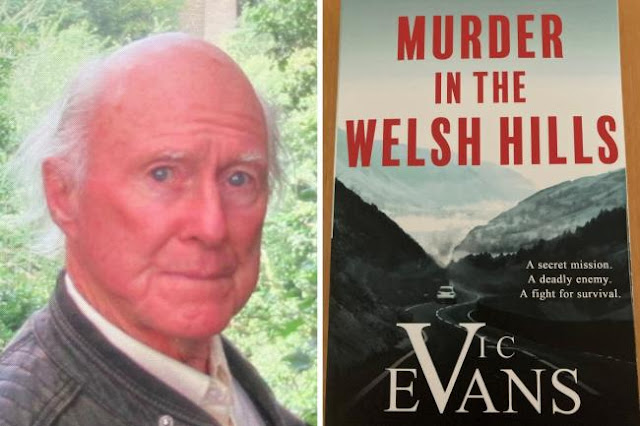 A WREXHAM-born author has set his second book in the landscape of Llangollen.

Murder in the Welsh Hills by Vic Evans is set in the majestic mountains of North Wales where retired MI5 agent Huw Cecil is reluctantly drawn back into a world of espionage and murder.

While visiting his childhood home of Llangollen, Cecil becomes embroiled in a dangerous mission to obtain top-secret information that could lead to the total collapse of the NATO Alliance. But when his Russian contact is brutally killed, Huw knows that he is the next target.

In a deadly game of cat and mouse, with no one left to trust, Cecil enlists the help of Lottie Williams-Parry, a local woman who is struggling to overcome her own dark secrets, and together they take on dark forces and evil assassins in a bid to outwit their enemies and expose the shocking truth.

Vic Evans was born in Wrexham and grew up in the town and on his aunt’s hill farm.

Having worked in the aircraft industry and in engineering for twenty-nine years and taught in secondary schools for a further twenty years, Vic turned his hand to writing fiction.

His first novel, Miriam, was inspired by his own family history as well as by the recollections of Wrexham men who fought in the Spanish Civil War.

Murder in the Welsh Hills, his second novel, is a tense and gripping political thriller set in the rugged landscape of Llangollen.

Vic now lives on the Kent coast and he has three children and four grandchildren.