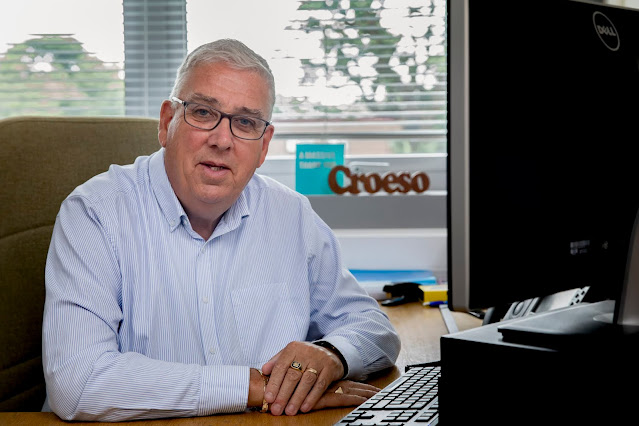 A police boss has warned of a clampdown on house parties and pub revellers who flout social distancing rules after four North Wales counties went into local lockdown.

The region’s Police and Crime Commissioner, Arfon Jones said it was vitally important that everybody complied with the new restrictions imposed by the Welsh Government in order to curb and suppress the rising rate of Covid-19 infections in Denbighshire, Wrexham, Flintshire, and Conwy.

Mr Jones warned that “irresponsible” people caught breaking the rules and spreading the virus would be liable to be fined.

The coronavirus regulations include provisions for a fixed penalty notice to be issued for most types of breaches of the regulations, carrying a fine of £60.

This is increased to £120 for a second offence and continues to double for repeated offences, up to a maximum of £1,920. If prosecuted, however, a court can impose any fine (it is not limited).

Mr Jones also hit out at the “crazy anomaly” after the Prime Minister ruled out preventing people currently in lockdown in England from travelling to Wales while restrictions are in place.

The request from Meirionnydd Dwyfor MP Liz Saville Roberts for Boris Johnson to act followed concerns about residents in areas with high levels of Covid-19 transmission travelling to parts of Wales with much lower rates, potentially spreading the virus.

Queues of walkers were pictured on Snowdonia, while there were also reports of traffic jams at tourist destinations in the country.

Mr Jones, a former police inspector, agreed with the Welsh Government’s logic in imposing the new sanctions in the four counties in North Wales.

He said: “We feel for those businesses that are affected but I think if we want to control this virus, our hands are very much tied in what we must do.

“Like most people I was horrified to see pictures of people flouting social distancing rules whether they’re holding illegal raves, house parties or in pubs and clubs.

"I've seen clips of people coming out of pubs at 10pm in the cities and having a street party. It's completely irresponsible.

“The people in Caerphilly and Newport have shown the way. They went into local lockdown two to three weeks ago, and the numbers are coming down.

“It shows that what the Welsh Government are trying to do actually works, as long as local people abide by the rules.

“I hope that our residents in these four North Wales counties will comply with the local lockdown, and the sooner we get the numbers back down and get back to some state of normality, the better.

“At the start in March, traditional crime went down, but demand for enforcing coronavirus regulations filled that gap.

“Now we're back to normal with traditional crime, plus we've still got to enforce coronavirus regulations.

“I would like to commend most people for behaving responsibly at this difficult time but those who choose not to an expect to be held to account.

“Our focus initially will be to educate, engage and encourage people to comply with the rules but if that doesn’t work North Wales Police will enforce the rules.

“There are clearly capacity issues and we can only do what our resources permit us to do. We'll do our best with what we've got and continue working in partnership with other agencies in North Wales in terms of enforcement.

“The county councils take the lead in terms of the regulations around the night time economy and in fairness some have really stepped up to the plate.

“Both the councils and the police can issue fixed penalty ticket and the role of the police is to support council enforcement officers in relation to the night-time economy.

“The important thing from my point of view is to target irresponsible behaviour that is shown to spread the virus.”

Posted by llanblogger at 1:42 PM