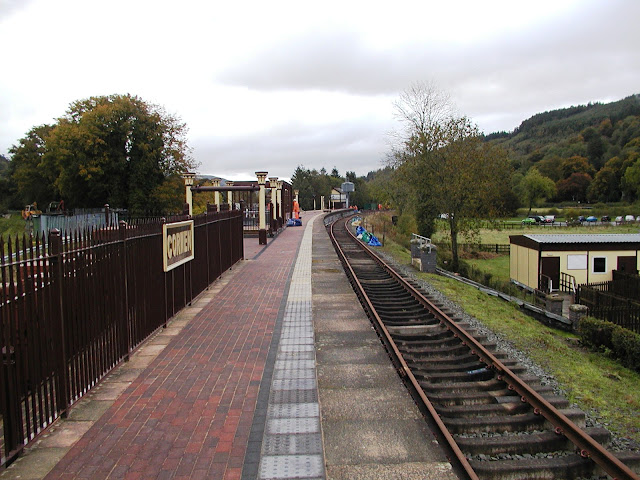 Llangollen Railway is pleased to announce the new members of the railway’s management boards.

llanblogger reported last week that there had been a number of resignations from the two boards.

According to the railway, the arose from major differences of opinion with the board’s heritage policy as being applied to the Corwen project.

The composition of the boards is:

The directors were all co-opted by the chairman, Bob Gordon, and have been registered at Companies House/Charity Commission.

The new directors will remain in office until the forthcoming AGM and beyond, subject to members' approval.

In a statement the railway says: "The new members bring a wealth of experience from their business careers, as well as being active railway volunteers, to inject new ideas and fresh impetus to the business.

"They look for the continued support of all members and shareholders in seeing the way through the present difficult circumstances to secure the future of the Llangollen Railway."

Chairman Bob Gordon said, “Other volunteers have already offered to help the new board in many capacities and again the board wishes to thank them for offering their services.

"Engaging and valuing volunteers and representing the wishes of the Trust members will be a policy priority of the new Board.

“The board fully supports the work of the project team at Corwen and applauds the completion of the platform paving which has produced a magnificent surface that has been greatly admired.

“As a consequence of the Covid-19 travel restrictions in North East Wales, we have reluctantly cancelled the running of trains during half term from 24 October, but are continuing with plans for the festive season with Santa trains and Mince Pie Specials in December.”