Ex-councillor on why he's against 40mph limit on Horseshoe Pass 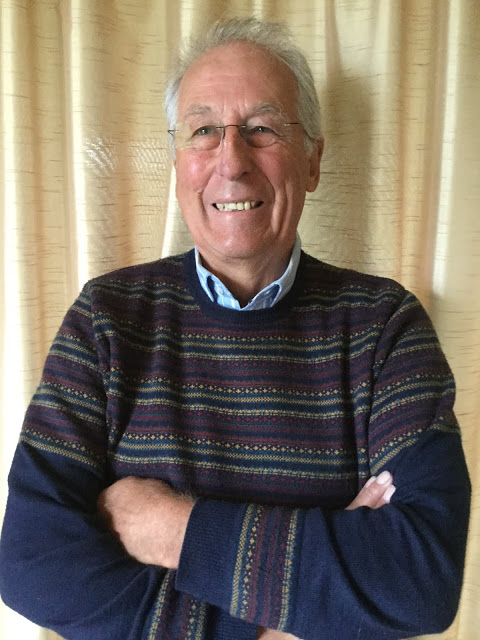 The plan to introduce a 40mph speed limit on the Horseshoe Pass, revealed by llanblogger in a story last week, drew some criticism when it was shared on social media.

"At the end of my term in 2012 – 2017 maybe 2016, the Welsh Government came out with an initiative for all councils to review their speed limits. So it started.
"A few residents up the Horseshoe Pass (HSP) started going on about motorcycles speeding and making a noise. Their argument was, stop speeding and the noise would stop.
"The council officers meanwhile, in conjunction with North Wales Police, went off on putting speed limits everywhere on A roads. You can see the result on the Llandegla roads and the road to Corwen from Llandegla. It's 40 mph everywhere and average speed cams.
"The residents from the HSP were very vociferous and so I had put in a speed checker for a week. The results were surprising, no speeding as such, with IIRC an average speed of 48 mph.
"So people weren’t speeding BUT when I told the residents they refused to believe it! I said that they should concentrate their efforts on the noise-making by bikers with illegal exhausts.
"I as a Cllr always used to base decisions on the facts. I asked the police how many tickets had been issued in the 5 years previous to this initiative for breaking the 60mph limit. They refused to give me the information and I was told to do an FOI (Freedom of Information) request.
"A quick email to the chief executive officer of Denbighshire County Council (DCC) and the Chief Constable gave them straight away. It was 1 in 5 years, so no speeding, according to their stats!
"I also learned that NWP didn’t have the resources to police a speed limit.
"I got the accident stats from DCC for the area and realised that this initiative was being driven by things other than road safety based on stats.
"I stopped them doing it. I argued that if they were concerned about road safety then putting in guard rails would be a better option and that they should approach the Welsh Government and our local AM, Ken Skates.
"The issue of the noisy exhausts? I liaised with NWP and they started a re-education initiative with the bikers visiting the Ponderosa backed up with tickets for illegal exhausts.
"Now it has come back. The local councillors appear to be backing this 40 mph limit from the Britannia to the other side, nearly to the Llandegla roundabout.
"This will impact on commuters travelling from here to Ruthin, on disabled children being taxied from here to that end of the county etc etc.
"I had lots of emails from concerned residents ref this. There is also the issue that people would try to use the Old Horseshoe Pass to try and beat the system causing speeding in Pentredwr.
"I have looked at the statutory notice, the only “evidence” produced, as far as I could see, was the words 'To improve road safety'. No stats, no evidence, nothing.
"So I want to know, what has prompted this? Give me the evidence to prove it isn’t safe! Where are the stats for the public to make up their minds?
"I believe this is being driven by the dislike of noise from bikes, the mistaken belief that bikers are speeding. It wasn’t correct then and I don’t believe it is now.
"The belief that putting in a speed limit the noise goes away is wrong. The issue is about illegal and 'fruity' after-market exhausts. Address that and you address the issue of the noise. That also then stops the issue of affecting the lives of commuters.
"One more point, if they are thinking of putting in average speed cams, I would ask the question, if DCC can't afford to put in a civic recycling site in Llangollen, as told by the local councillors, how can they afford to pay for this scheme?"

* Maggie Smith, chairman of Llantysilio Community Council said: "It is important that comments are forwarded via the link below to the Denbighshire County Council Consultation.