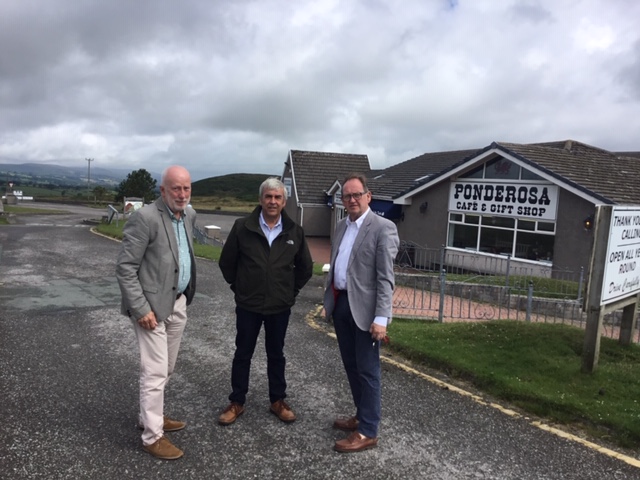 * The meeting about the proposed speed limit which took place in 2017
between, from left, County Councillors Graham Timms,
Martyn Holland and Melvyn Mile.

The public consultation process about imposing a 40mph speed limit on the Horseshoe Pass has officially begun.

Over the years there have been frequent calls for speed restrictions on the A542 route to help control the number of accidents.

In the summer of 2017 llanblogger reported on a meeting which took place at the Ponderosa Cafe on the summit of the pass between the two Llangollen county councillors, Graham Timms and Melvyn Mile, and their counterpart from Llandegla, Cllr Martyn Holland, to discuss the imposition of a 40mph zone.

As a result of pressure they applied, Denbighshire County Council has now started the process by publishing proposed road traffic order to enable the limit to be applied.

Cllr Timms said: "I'm pleased that the details and consultation on the 40mph speed limit on the Pass has finally opened.

"Over the last three years accidents have continued to be a regular occurrence.

"The cause of most of the accidents on the Horseshoe Pass is speed and so I fully support the proposed limit. It will save lives and serious injury if it is introduced.

“Enforcement is also a key part in slowing down the traffic. If it is introduced I will be putting pressure on the police to dedicate time and resources to make sure that it is enforced." 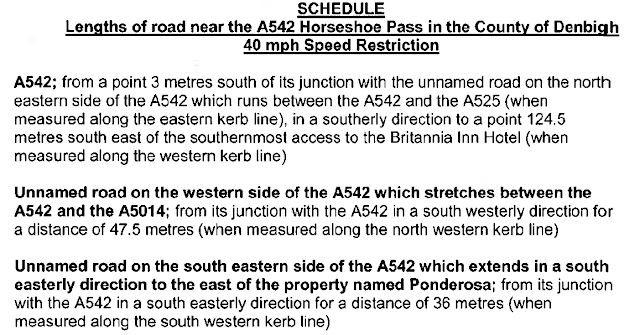 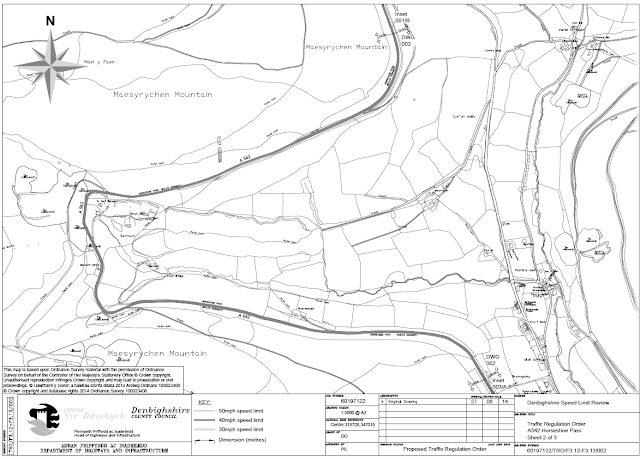