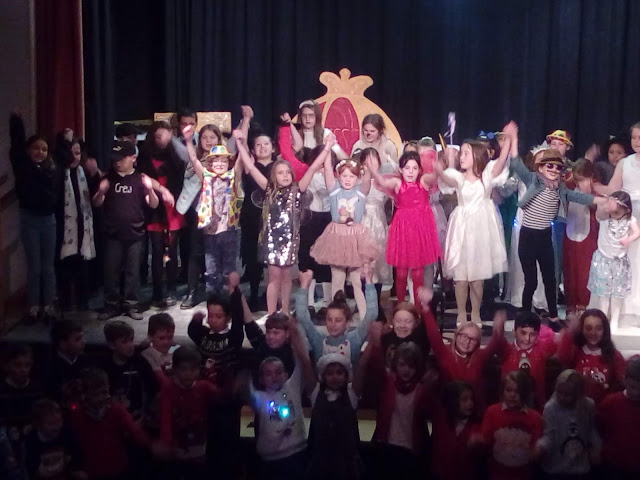 * The grand finale of Cinderella Rockerfeller.

Glittery costumes, fairies, ugly sisters, lots of furry animals, baddies, a comedy duo and even a town crier a just bit smaller than our usual one – the Ysgol Bryn Collen Christmas spectacular Cinderella Rockerfeller had the lot.


For sheer entertainment value you couldn’t beat the show which puts a slightly more modern twist on the famous panto story, giving the opportunity for what appeared to be the whole school to shine like a collective seasonal star from the Town Hall stage.

The army of mums, dads and grandparents in the packed audience loved every minute of the action involving youngsters both on the stage and the cast of thousands just in front of the footlights.

The singing was powerful, the jokes were deliciously corny and everyone had a fantastic time.
This was just a bit more proof of what a talented town Llangollen is. 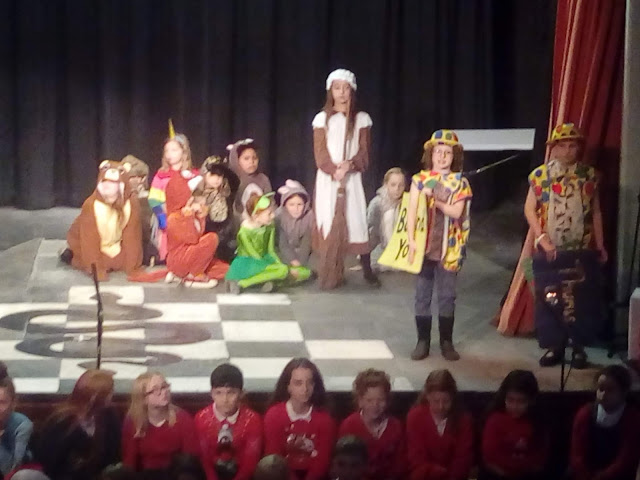 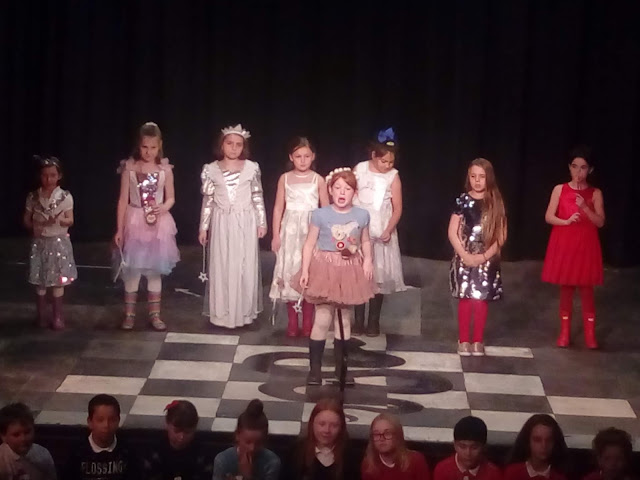 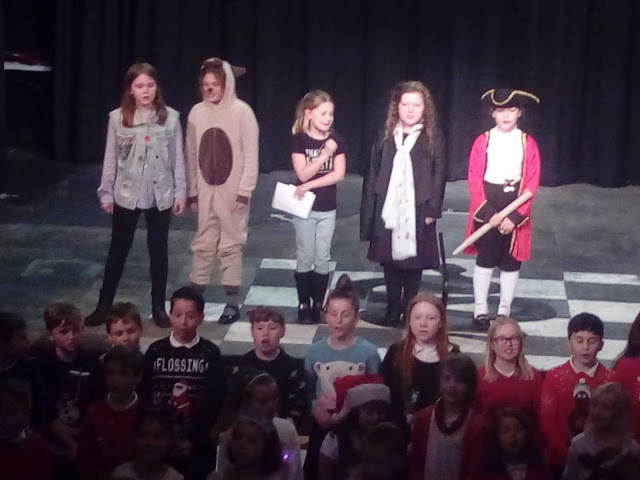 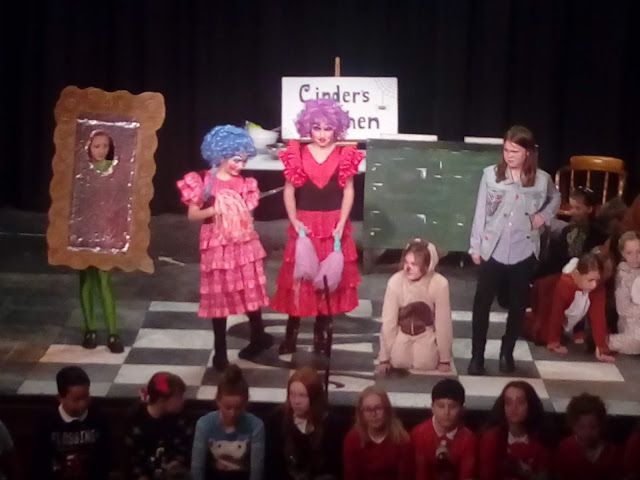 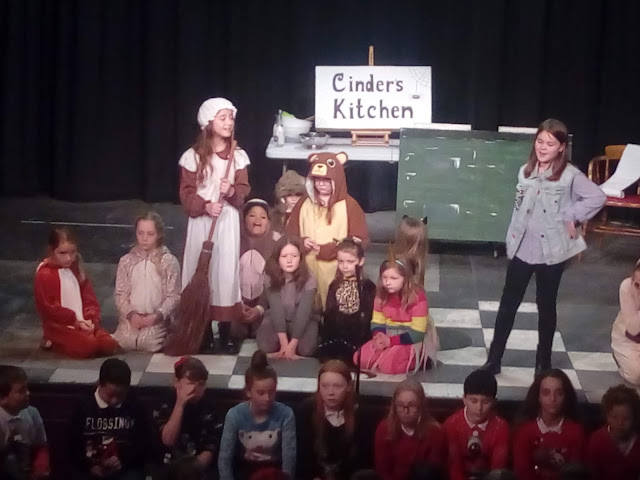 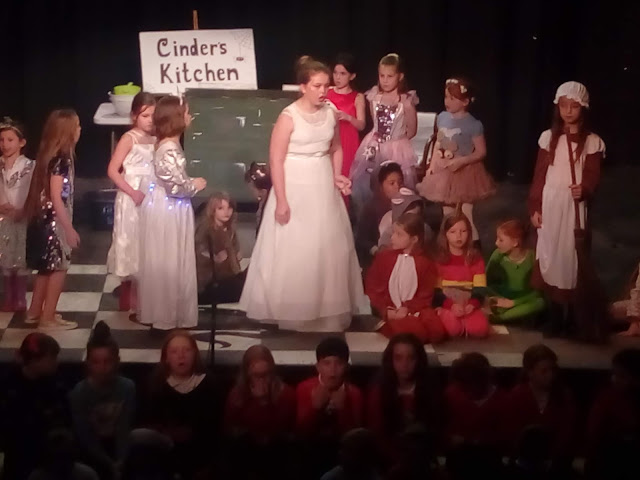 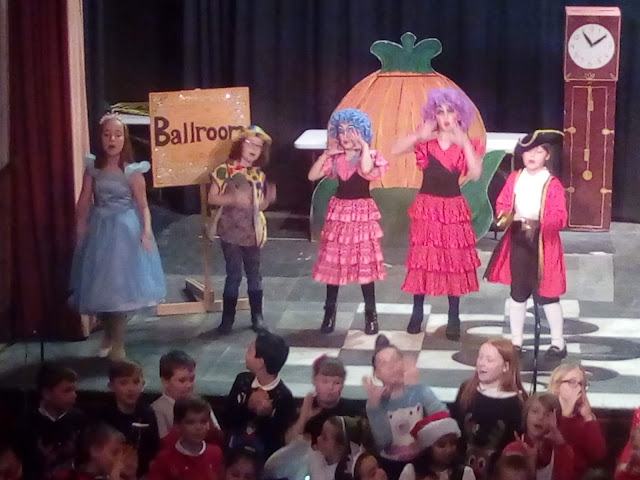 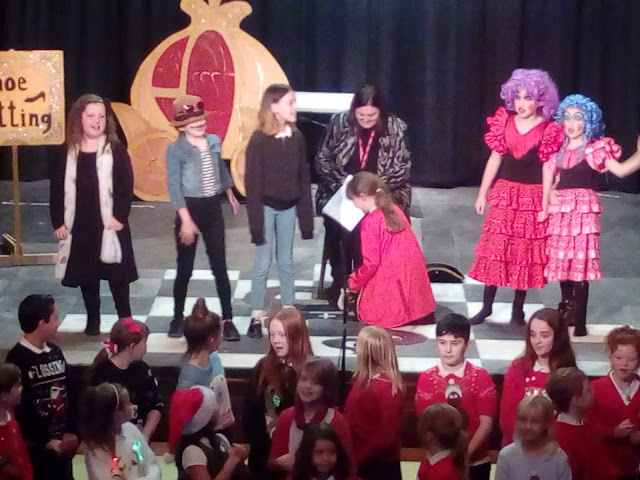 * Even the head Lisa Howden gets to try on the slipper.
Posted by llanblogger at 4:28 PM