Lexus UX: nice car but voice control was US 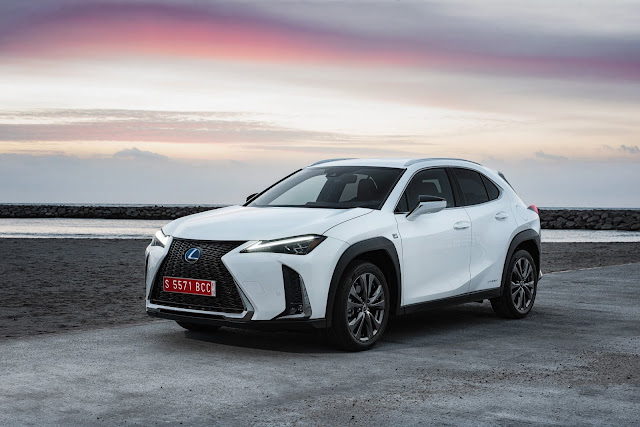 * The Lexus UX outside. 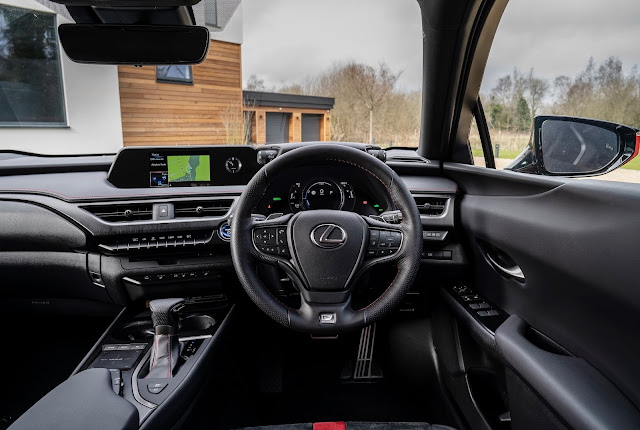 This is going to sound ridiculous but I lost my rag with the car's voice control.

Yes, it is a computer and cannot answer back but after numerous attempts to change the radio station - the answer was that it couldn't find the street - I shouted 'forget it' followed by a few more insults.

Pathetic I know but there you go.

Others tried and failed so it wasn't just me although I did manage to get it to accept a navigation postcode, and that was no mean achievement.

I turned to voice control because the Lexus UX coms system is fiddly and frustrating using a touch pad in the centre console for selections. Trouble is the cursor dances all over the place so it's easy to land on the wrong function and is difficult to control even on the slowest setting, more so when driving.

Interestingly my son thought it a great system but he was in the passenger seat although I was getting the hang of it while sitting calmly in a car park. The more you try the easier it becomes I suppose.

Enough of that, what of the UX? It is getting a lot of air time on the telly because it is the newest model in the Lexus range and as a compact SUVcum crossover is expected to be the company's biggest seller ahead of the NX, which looks the same size, and the larger RX.

This is an overcrowded sector although as a premium model its main competitors are BMW, Audi and Volvo even so it is going to be tough. At least UX has a unique selling point in that it is the only self charging hybrid and has good tax breaks because of its very low emissions. It also has the trademark rakish looks and turned plenty of heads.

Compact it might be but UX is not short on space, apart from the boot which is compromised by batteries stored under the floor. Up front is the best place to be where the seats are superbly comfortable and there is plenty of shoulder and elbow room.

Everything looks business like and modern with an 8in screen containing all manner of information tucked neatly at the base of the windscreen and a row of switches for all things heating and that includes a heated steering wheel and heated and ventilated front seats. There is no shortage of kit on this car and I am pleased to report a head up display for the driver, brilliant for speed and navigation info.

Saying the car drives well is getting monotonous, the majority do these days, although the F Sport ride is a tad hard but that goes with the territory and the go faster bits extend to the switchable digital instrument cluster that has in your face red graphics in sport mode.

Don't make the same mistake as me and kill the headlights when reaching for the switch. They are close together and it is easy to grab the wrong one in the dark.

Power for the UX comes from a 2-litre petrol with an extra boost from the electric motor so performance is brisk, particularly if you opt for F Sport which offers enhanced driving modes, weighting up the steering and sharpening throttle response.

The little SUV does not have stand-out driving dynamics over the opposition but is tidy none the less. It comes with a full suite of safety features including active cornering assist which applies braking to the inside wheel to help reduce understeer through bends although I am certain you would have to be tanking it to feel the advantage.

According to the trip computer the UX settled around 44-45mpg over nearly 500 miles of mixed driving but a delve into the history graphics showed it is capable of 60mpg.

So while UX does not blow the mind it is a good looking, extremely well equipped and competent motor with bang up to date technology. Its major drawback is a single hybrid engine option when rivals offer more choice.

As a premium brand it is not cheap but neither are its rivals. One disappointment is a three year warranty when its Toyota sister gives five. Something like that could give it an edge.