New documentary film about Llan gets a showing 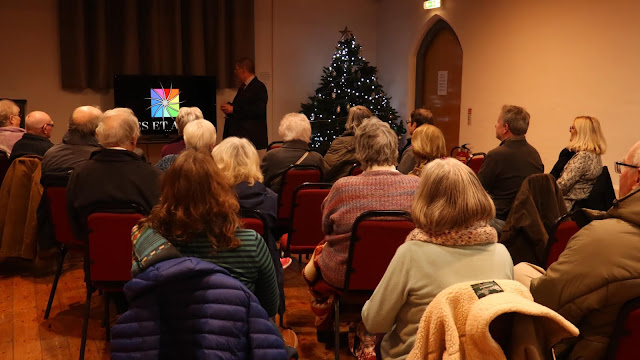 A new documentary film featuring Llangollen has just had its premiere in town.

It was shown to an invited audience at St Collen's Community Centre by its director Philip Harland who said: "Llangollen, Home of the Two Ladies was the result of many happy hours spent in the town during the early summer of this year.

"It is one of a series of short documentary films that we are in the process of shooting, editing and publishing about aspects of Wales.

"Our initial intention for the film was to base it entirely on Plas Newydd and its illustrious occupants, the Ladies of Llangollen.

"As it turned out, we got to know and feel intrigued by so many other facets of the town that the film ended up skimming the surface of Llangollen's contemporary life and culture, such as the serendipitous blessing of the new St Collen statue, before moving on to the historical story."

He added: "In the early part of the new year we shall be filming in Anglesey where our 'springboard' is the artist Kyffin Williams.

"This has been made particularly interesting for us through the memories and correspondence of an artist friend who had a close relationship with the famous man.

"Other subjects have been St David's, with a look at early Christianity in South and West Wales, and Conwy, focusing on 'visitors', from early invaders to the far more welcome tourists of recent decades."
Posted by llanblogger at 2:23 PM