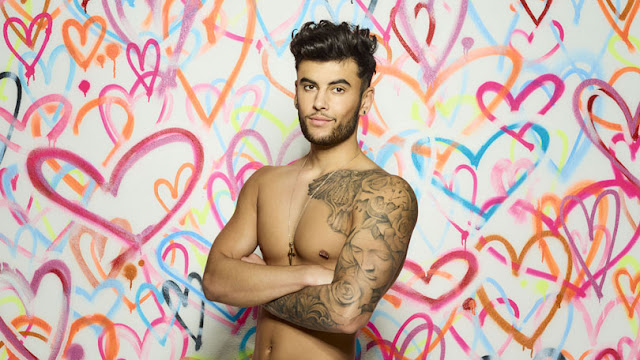 The hardest-working Wishy Washy in the business and slick-talking Widow Twankey are the driving forces of the Stiwt’s happy-clappy 2019 panto, Aladdin.

There for good measure are a reality TV star and glittery leading couple.

This show marks the tenth anniversary of LHK Productions staging pantos at the stylish Rhos venue and, having seen quite a few, I reckon this is arguably its best yet.

Buzzing around the stage, and frequently the auditorium too, like his baggy pants are on fire is the multi-talented Kyle Corrin as Aladdin’s sparky younger brother, Wishy.

This young man is literally never still, dominating almost every scene as he fires off a barrage of funny lines between leaping on and off stage, once with an enormous running jump worthy of the Olympics.

Of course it helps that he’s fuelled by native Scouse humour, is fit as a fiddle and only 19 years old.
This show runs until New Year’s Eve and by then I estimate he’ll have run the equivalent of three times around the globe.

Widow Twankeys are traditionally young cheeky chappies dressed up as brassy elderly ladies. This is true of Michael Chapman but the laid-back way he delivers his lines – and what great lines everyone has – is down to the “Jafaican” accent his uses to do it.

For the uninitiated that’s the trendy patois that is currently taking over from cockney and estuary Down Sarf.

Official star of the show – and there’s some good-natured leg pulling about that from his fellow cast members – is Niall Aslam who rose to fame in the 2018 season of Love Island.

He’s still got the six-pack which wowed his fans and isn’t afraid to use it as the Genie of the Lamp. Any deficiency he displays in line delivery is not surprisingly milked for laughs in the script.

Back for another great season is Stiwt favourite Michael Jenkins who this time delivers a deliciously evil and overbearing baddie Abanazer. He’s also the professional glue which binds the whole show together.

Some actors in this pivotal role just aren’t nasty enough but that’s certainly not true of Mr Jenkins who brings forth a crescendo of hisses and boos from the crowd at every appearance.

Christopher Twyford is a stage school graduate from just down the road in Shrewsbury who shines in the title role with his likeable stage presence and mellow singing voice.

He’s teamed with the marvellously named Oakleigh Briscoe as Princess Jasmine, another young professional who’s everything a female panto queen should be – very sweet with a handy voice.

Equally glam with a neat line is joke spinning is Claire Simmo as the Genie of the Ring.

All this is enhanced by that great script, glittery costumes, a repertoire of contemporary and traditional songs, a small army of performance school dancers, masses of audience participation and the early appearance of a toy dog appropriately named Piddle who squirts streams of liquid into a delighted, squealing audience.

What more could you want from a fantasic family Christmas show?