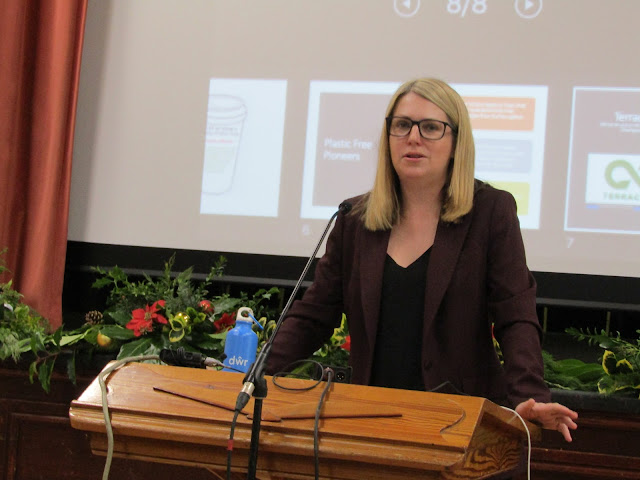 An ambitious plan for Wales to phase out the use of single-use plastics and become the world-leading nation for recycling has been unveiled in Llangollen.

Since devolution 20 years Wales has become a global leader in recycling.

It is the top recycling nation in the UK, the third best in Europe and the fourth best in the world.

The Welsh Government today publishes Beyond Recycling which aims to move Wales towards a circular economy – keeping resources in use for as long as possible and avoiding waste.

The aim is not only to reach zero waste by 2050, but also to take action on the Climate Emergency and seize the economic opportunities to create a greener, more equal and more prosperous Wales.

Llangollen was yesterday (Thursday) morning chosen to launch the first phase of a nationwide, 15-month consultation on the scheme because of the town's exemplary record on reducing plastic. 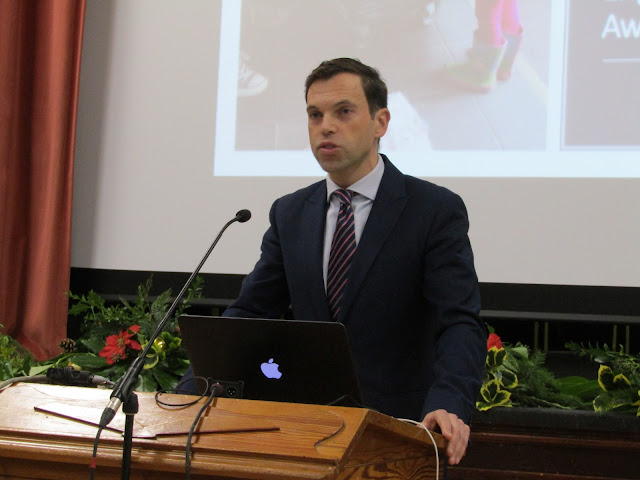 * Ken Skates AM speaks at the launch event.

Speaking at the Town Hall launch event Deputy Minister for Housing and Local Government, Hannah Blythyn, hailed Llangollen as a "beacon" of the cause and said that with Beyond Recycling Wales was aiming to take the battle against climate change to a new level.

And she signalled the Welsh Government’s determination to drive the transformational change needed to make the circular economy in Wales a reality.

Announcing an additional £6.5m in circular economy funding for local authorities and other publicly funded bodies alongside the consultation she explained this would support action to accelerate Wales’s shift to a circular economy and builds on the funding for businesses announced earlier this year.

She said: “Wales is already leading the way in the UK when it comes to recycling, but I want us to go further and take the next step. We’re on a journey towards becoming a circular economy where waste is avoided and resources are kept in use as long as possible.

“Our communities are what make Wales and it was fantastic to launch the consultation in Llangollen. It’s a community that’s come together to reduce plastic, tackle climate change and take advantage of the business opportunities from using reusable and sustainable materials.”

The Deputy Minister said that Beyond Recycling, sets out eight ambitious actions, to:

Urging people to have their say, the Deputy Minister added: “It is your engagement and action we need now – you are the recyclers, you are the groups working to improve your communities, you are the businesses finding new uses for materials that were once sent to landfill. 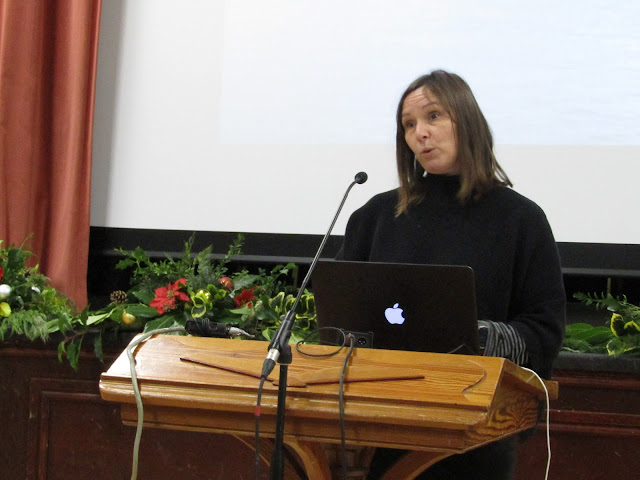 * Plastic-free campaigner Sian Sykes speaks about her tour of the Wales coastline.

“We want a dialogue, it is your chance to let us know what you think about our proposals and to come up with new ideas and activities. We will be holding events online and in communities across Wales, and there are resources to help you come together and respond.

“I want to hear from as many people and organisations as possible. Our collective responses can make a big difference.”

Also speaking at the launch of event, which was opened by Llangollen plastic-free campaigner Mair Davies, was Clwyd South AM and Cabinet Secretary for Economy, Infrastructure and Skills.

He said: "The work you are doing in Llangollen is just incredible and there is so much engagement here, with schools businesses and people all working to reduce plastic, which is why you have been chosen for this launch event for Beyond Recycling."

Another guest speaker was paddleboarder and adventurer Sian Skyes, a former resident of Llangollen, who told how she has spent two months touring Wales removing plastic waste from beaches and canals. She also recently launched plastic-free Anglesey.

She also commended the people Llangollen for their efforts to beat single-use plastic.

* For further information on the consultation and eight headline actions visit: https://gov.wales/consultations
Posted by llanblogger at 6:42 AM