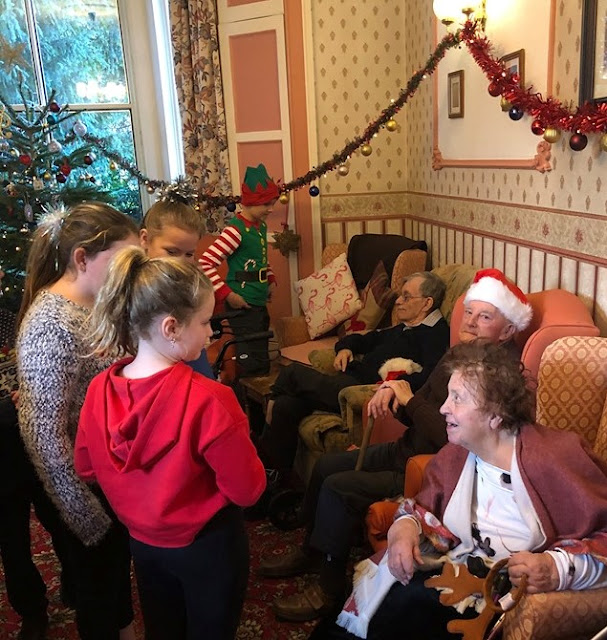 * Former pupil and teacher Iola Roberts chats to the children from Ysgol Acrefair.

A carol concert at the Llangollen residential home where she now lives brought back some happy memories for 86-year-old Iola Roberts.

Because the group of youngsters entertaining Iola and fellow residents of The Old Vicarage were from Ysgol Acrefair which she herself attended and where she went on to become a special needs teacher years later.

Bethan Mascarenhas, owner of The Old Vicarage, said: “SG Estates, who are doing some building work in the area, arranged for the children to come and sing carols for our residents and it was just by chance that Iola told me of her links with the school.

“After they’d finished singing for us she chatted with the children for quite some time as did other residents at the concert.

“It was a lovely afternoon and part of my aim to involve residents with younger people from the community as much as possible.”

She added: “SG Estates have also arranged to take the residents out for Christmas lunch at the Wild Pheasant hotel in Llangollen.” 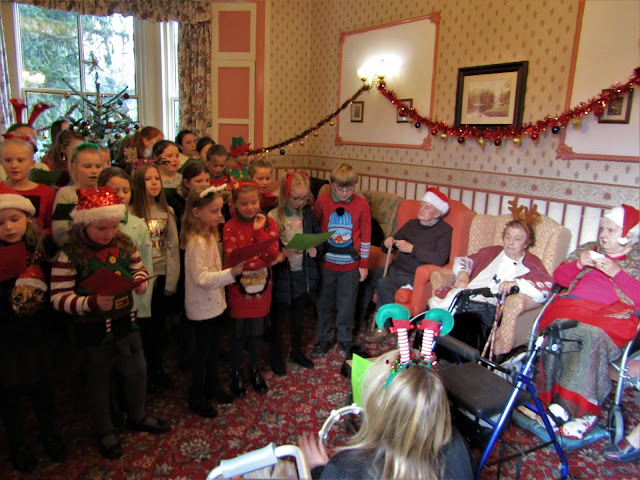 * The children sing for The Old Vicarage residents.
Posted by llanblogger at 6:51 AM