* Santa hands out presents to youngsters enjoying their Christmas party at The Old Vicarage.

The newly-formed mums and toddlers group based at The Old Vicarage care home in Llangollen held its Christmas party this morning.

And a special guest turned up with a sackful of presents for the young members.

Santa made a surprise appearance to the delight of the youngsters crowded into one of the lounges at the home.

They had already been entertained by the puppets of Fiona Collins, who hosts storytelling sessions for the group and became the National Eisteddfod's Welsh Learner of the Year in August.


Bethan Mascarenhas took over The Old Vicarage late last year and has since embarked on an ambitious series of initiatives to help keep elderly residents active and feel part of the daily life of the town.

And most of the activities she has in mind are aimed at encouraging them to mix with much younger people, like the mums and toddlers group.

She also has in mind enabling her residents to return to their former hobbies and passions and to use any specialist knowledge they might have.

She explained: “One of our men is a keen gardener and wants to involve local children in things like planting bulbs for next spring. We also have former teachers living with us who could help younger children with their reading."

The Old Vicarage recently received a visit from Older Person's Commissioner for Wales Heléna Herklots who was impressed by what she saw. 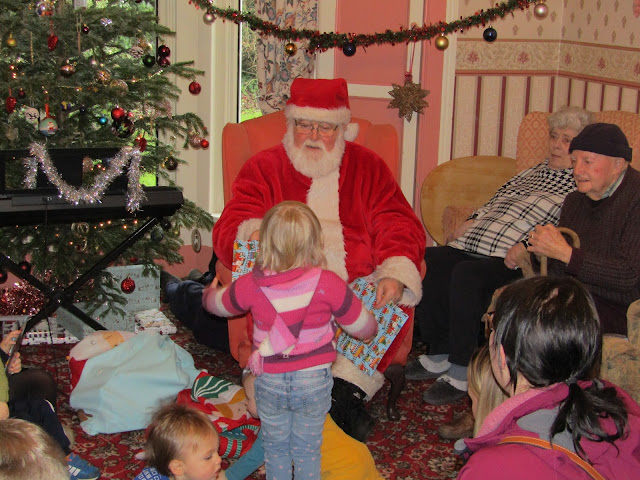 * ... and more presents come from Santa. 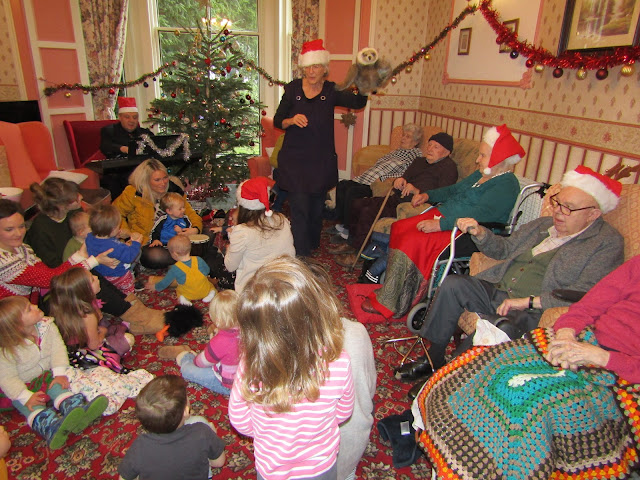 * Residents look on as Fiona Collins entertains with her puppets. 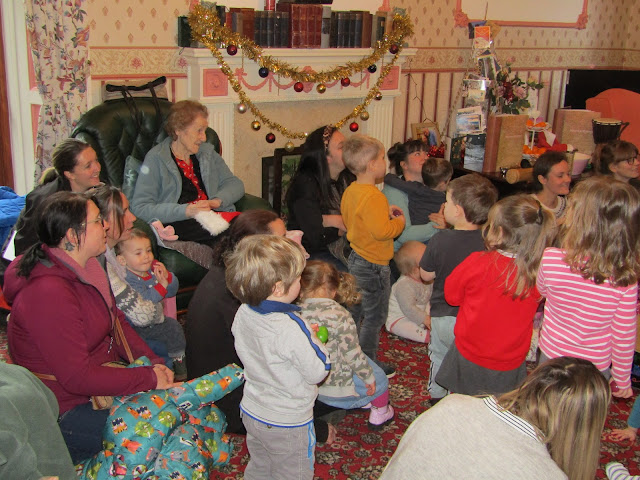 * Christmas fun for the young and not-so-young.
Posted by llanblogger at 12:10 PM