Mazda CX-30 is ready to take on all contenders 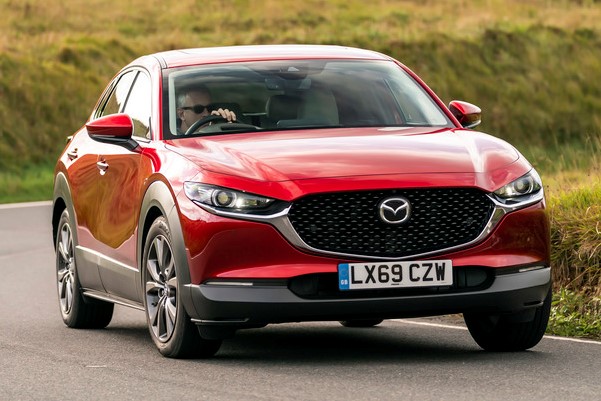 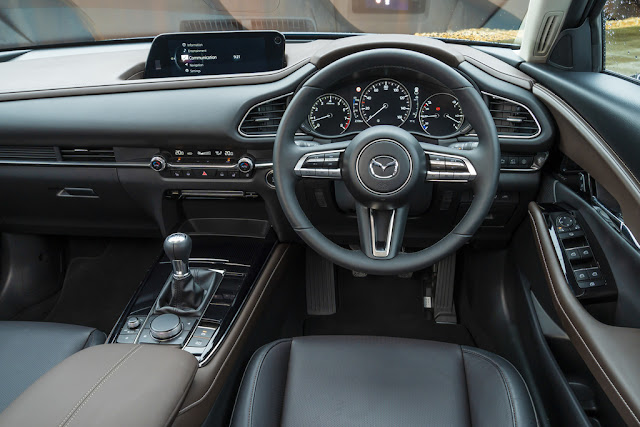 Meet the CX-30 a car that could be called Great Expectations.

If everything goes to plan this will be Mazda's biggest seller here and probably across Europe as well.

So a lot is riding on the new model but first let's sort out what it is and why it is called CX-30.

This is Mazda's third SUV and slots in between CX-3 and CX-5 so maybe CX-4? Logical, but that name is already used on a model selling just in China but in a perverse way CX-30 does make sense.

It sits on the Mazda3 platform and is more a pumped up hatchback than full blown SUV. Face on the cars all look the same but that is no bad thing because Mazda has the best looking range of cars on the market. The company's Kodo design philosophy of sleek and bold has come up trumps again and if anything the CX-30's profile is little softer than its SUV siblings.

The new model rounds off a busy year for Mazda which has found it tough like all around but product activity has kept its nose above water so there will be an increase in sales this year with the private sector showing the biggest rise.

Heading into the new year CX-30 will be leading the charge and is expected to take over from Mazda3 hatchback as the company's traditional best seller. And we would be fools to argue because the great British public has made it quite clear they prefer higher riding cars that drive like the popular hatchback of old.

Has Mazda muddied its own waters with yet another crossover style car? Not really, the 120mm shorter and three grand cheaper CX-3 is a full blown compact SUV and will suit those who don't have a big family and older folk with gammy hips and stiff joints who struggle to heave themselves out of a car that sits no more than a foot off the ground.

CX-30 does more of the same and will cater for a larger family because it has more rear legroom, good sized boot and extra width which is only a smidgen less than the big CX-5. It also has all bases covered with an all wheel drive option.

This is a petrol-only model but that should not be a surprise either because diesel sales are tumbling and Mazda has seen one of the biggest drop offs. The company thinks it has the answer to the economy conundrum with a clever petrol engine that has revolutionary spark controlled compression ignition.

Without drilling into the complicated technical details the upshot is economy and performance close to a diesel, they say, and commendably low emissions, and that is fact.

There are two petrol engines but unfortunately only one has the Skyactiv-X ignition technology. I drove both at the launch and while the 120bhp version is smooth and refined it is woefully lacking in punch so there is a lot of gear changing.

The 180bhp version is a completely different kettle of fish and has the X factor on performance with smooth, crisp response at low revs and a rather thrilling tendency to enjoy being taken to the rev limit without so much as a squeal for submission.

Just how good it is on economy will be revealed in a couple of weeks after I have road tested the engine properly in a Mazda3.

Like all Mazdas CX-30 is reaping the benefits in an upgrade in quality and while the company hasn't quite reached its goal of matching the premium teams it can fairly say it is leading the rest of the pack. There is a good feeling of quality and style as soon as you get into this car.

Equipment level is good, too, with some exceptional standard features. The driver's head-up display projects speed, speed limits and navigation instructions, radar cruise control applies apply full on braking in an emergency, and cross traffic alert could avoid reversing out of a blind parking space into a passing car. That is just a snapshot, there is plenty more.

Who is CX-30 up against? Uncle Tom Cobbley and all sums it up, the opposition is vast and some of it mighty - Seat Ateca, Volkswagen T Roc, Toyota C-HR, Vauxhall Grandland X, and the list goes on.

Posted by llanblogger at 7:07 AM