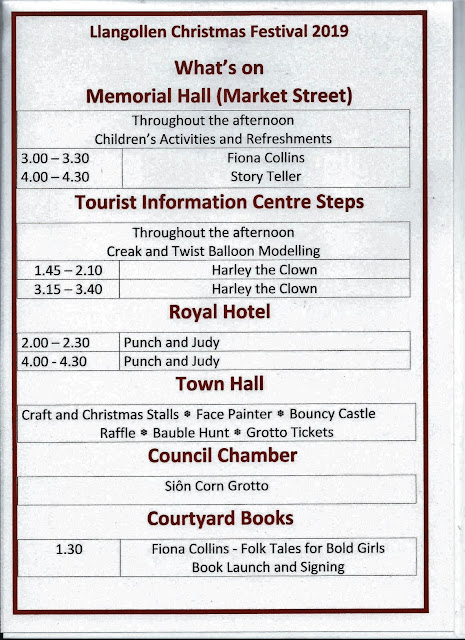 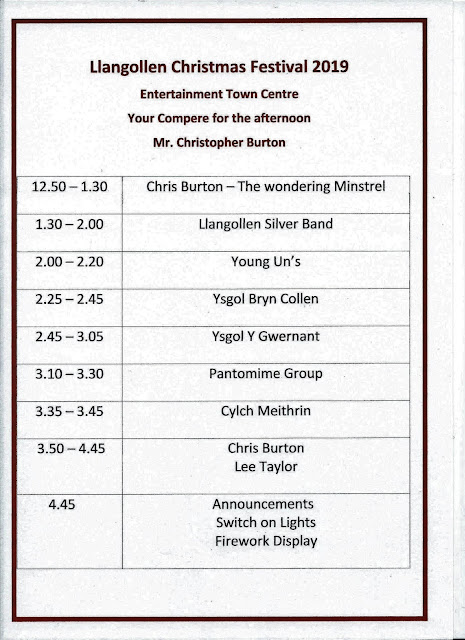 Thousands of seasonal revellers are expected to come flocking to Llangollen for the town’s annual Christmas Festival today, Saturday November 30.


Kicking off at 1pm with the famous parade which sees Sion Corn - the Welsh Santa – being escorted into town over the historic bridge by a colourful cavalcade of entertainers and local groups, the event features children’s fairground rides, food stalls, choirs, craft stalls, circus acts and face painting.

This year, the parade begins from the Eistedfodd field and will make its way to the town centre along Abbey Road.

Festival organisers have also arranged for free parking throughout the day at local car parks.

“Once again we’re expecting a bumper crowd to come along and help us to give a great early start to Christmas.”
Posted by llanblogger at 7:41 AM