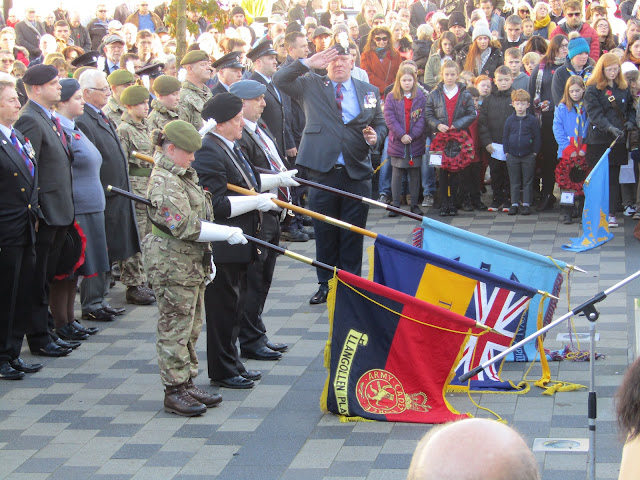 * Standards are lowered in silent tribute to the fallen.

Hundreds of people packed the centre of Llanbgollen this morning (Sunday) to watch and take part in the town's annual Service of Remembrance around the two war memorials in Centenary Square.

The service was led by the Vicar, Father Lee Taylor, and other local clergy and included the traditional two minutes' silence and the sounding of the Last Post and Reveille by a bugler from Llangollen Silver Band.

Wreaths were laid on the memorials on behalf of a number of local organisations and clubs including the Town Council and the Royal British Legion, who jointly organised the event, as the names of the fallen of two world wars were read out.

The service was followed by a parade through the streets of the town led by the silver band. 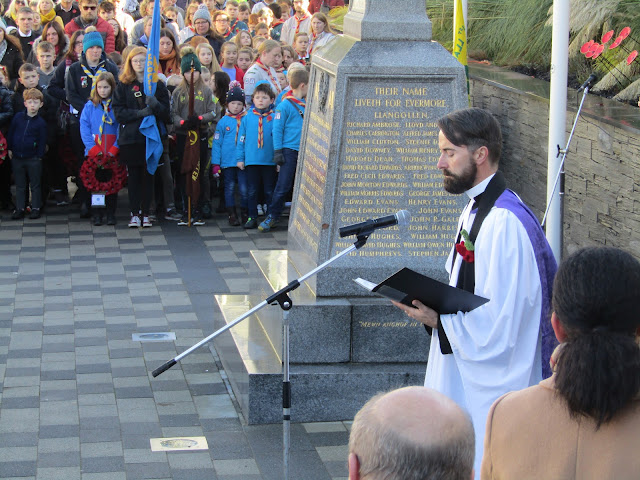 * The service is led by the Vicar, Father Lee Taylor. 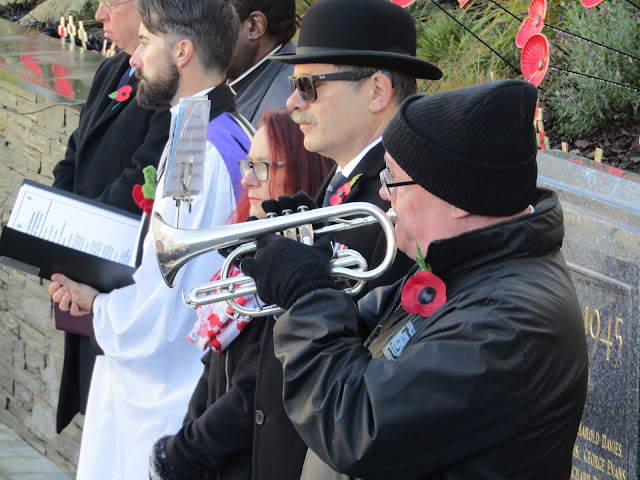 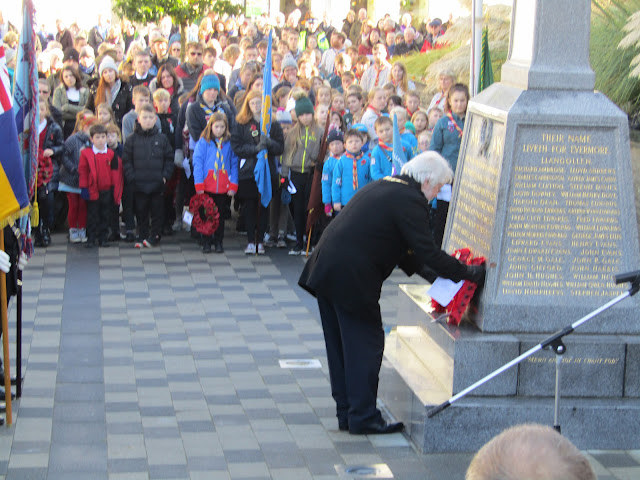 * Town Mayor, Cllr Jon Haddy, lays a wreath on behalf of the council. 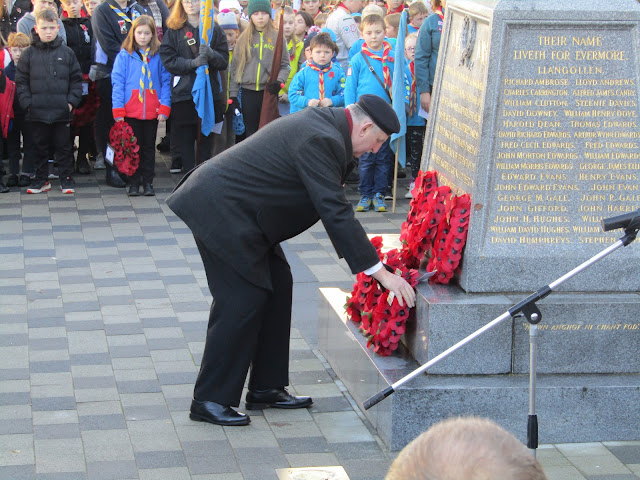 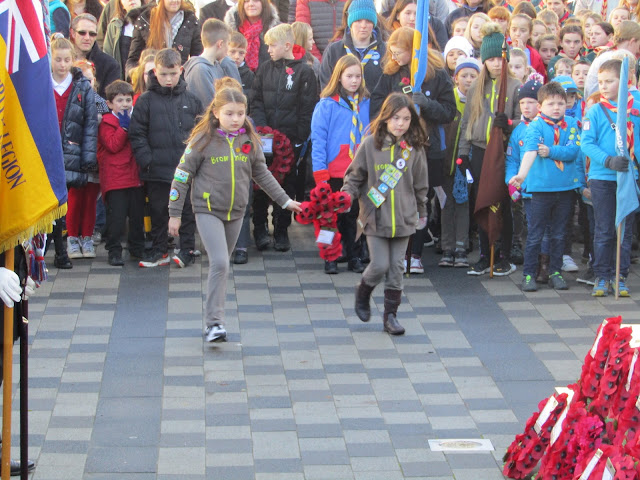 * Llangollen Brownies about to lay their wreath. 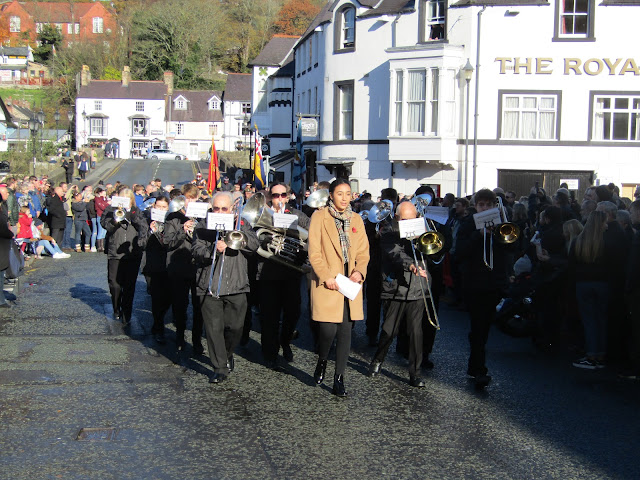 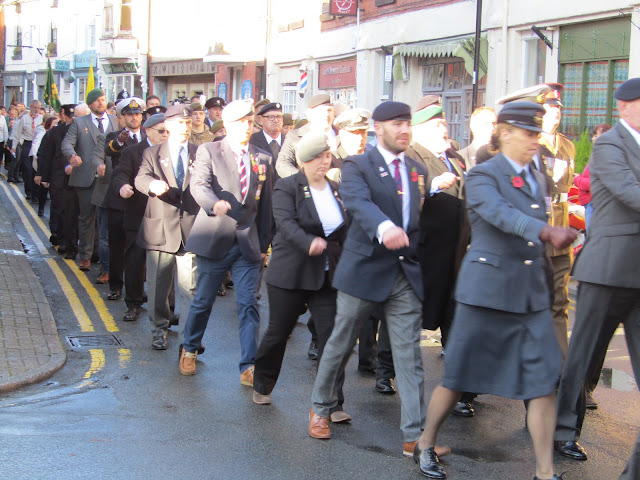 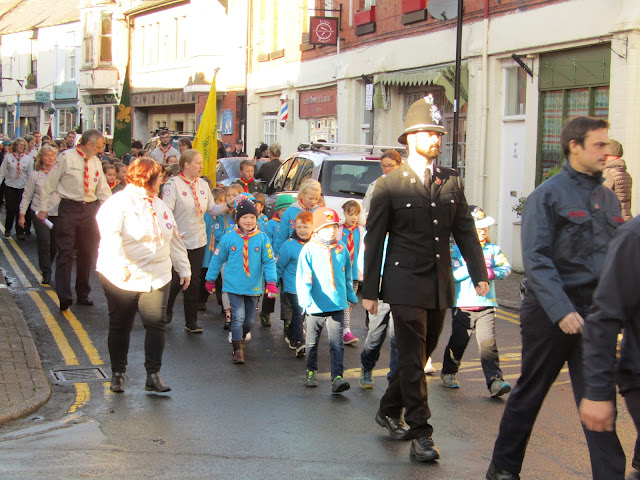 * Above and below, youth organisations join the parade. 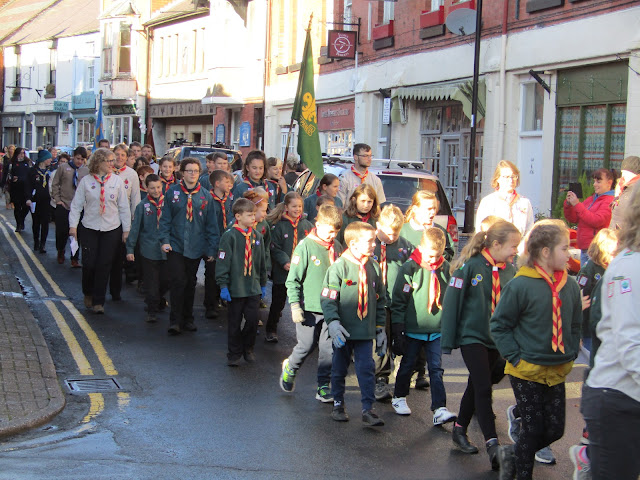 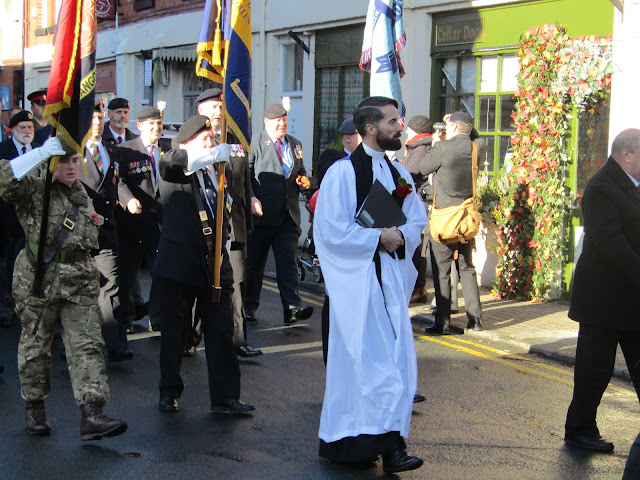 * Father Lee Taylor is followed by the standard bearers.
Posted by llanblogger at 12:19 PM