It's the generation game at The Old Vicarage 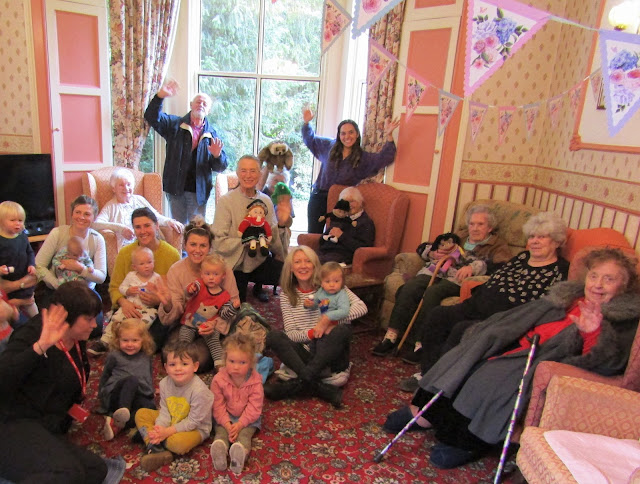 * Bethan Mascarenhas, at the back near the window, with Welsh Learner of the Year Fiona Collins, centre holding soft toy, with residents, children and their parents at the storytelling session.

The reigning Welsh Learner of the Year was signed up by the new boss of a Llangollen care home to help strengthen its links with the local community.

Bethan Mascarenhas took over the Old Vicarage late last year and has since embarked on an ambitious series of initiatives to help keep elderly residents active and feel part of the daily life of the town.

And most of the activities she has in mind are aimed at encouraging them to mix with much younger people.

It’s with this aim in mind that Bethan has started regular storytelling sessions at the home, the first of which was led by Fiona Collins, Welsh Learner of the Year or 2019, and saw mums and toddlers from the area sitting alongside residents to enjoy nursery rhymes, stories and songs in Welsh, all introduced with the help of her collection of cuddly toys from an owl to a fish.

Bethan, whose home is a member of the influential Care Forum Wales organisation and trained at the Wrexham-based Pendine Academy, also plans more inter-generational events such as nursery rhyme and singing sessions.

“The arts and music have been proven to be extremely therapeutic for elderly people living in a care home environment and mixing with very young children is great because both the young and old can enjoy them so much,” she said.

“For the older people it can take them back to the happy times they had when they were young parents.”

Bethan also has in mind enabling her residents to return to their former hobbies and passions and to use any specialist knowledge they might have.

She explained: “One of our men is a keen gardener and wants to involve local children in things like planting bulbs for next spring. We also have former teachers living with us who could help younger children with their reading.

“I’d like to bring in experts to give talks to our residents and local primary school children on subjects such as the Second World War. I know someone who is prepared to bring in uniforms and other memorabilia from the era to help illustrate these sessions.”

Bethan added: “I’m quite advanced with planning for a mother and toddlers group to be based at the Old Vicarage and I think it would also be good to involve these children and their parents along with the residents in things like drama workshops, music therapy and yoga sessions.

“I firmly believe that just because someone is living in a home they do not have to feel isolated.

“I see what I am trying to do at the Old Vicarage as providing continuity of community.

“Thanks to Fiona, the first storytelling session was a big hit with the children, their parents and residents and hopefully will be the first of many like it.”

The Old Vicarage recently received a visit from Older Person's Commissioner for Wales Heléna Herklots who was impressed by what she saw.

Fiona Collins, who hosted the recent storytelling session at the home, won the National Eisteddfod's Welsh Learner of the Year in August.

Known as the woman who makes legends, stories and folklore come alive in her own magical way, the former teacher established a story cafe at the Courtyard Cafe in Llangollen, with a group coming together regularly to share stories, recite poetry or sing.
She began learning Welsh in 1999, when she was living in London.
Fiona, who works in English and Welsh, said her "secret mission" is to teach everyone about Welsh folklore.
* For more details about The Old Vicarage, call: 01978 861866. 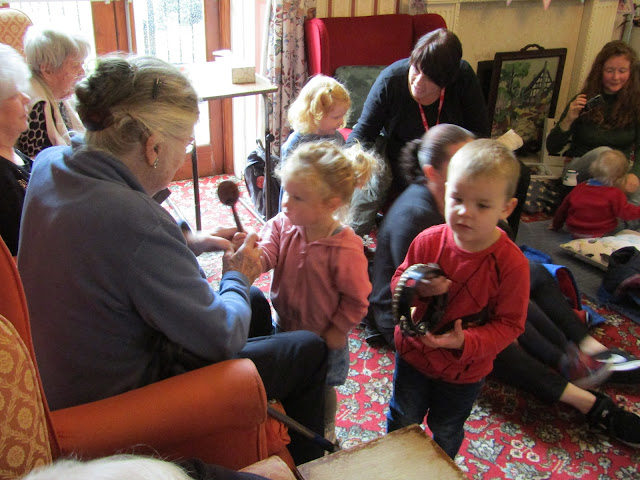 * Residents meet some of the children. 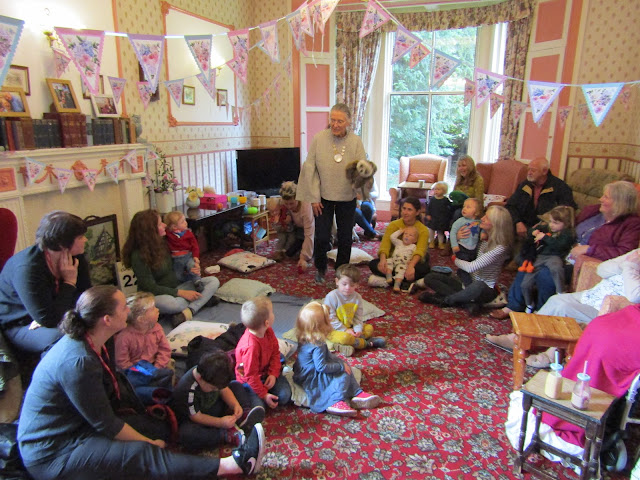 * Above and below, Fiona Collins leads a  storytelling session. 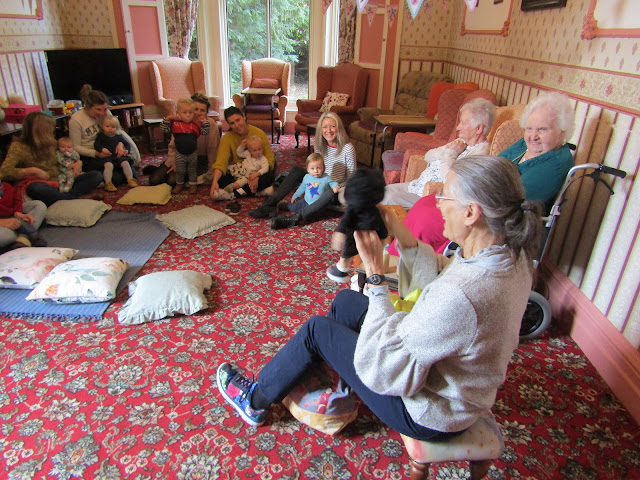